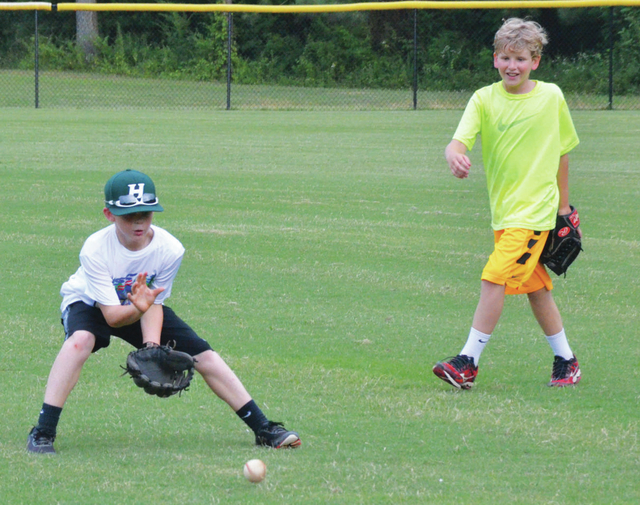 It’s a team with lofty expectations, but Hogansville coach Scott Thompson is making sure his players focus on the task at hand.

The Hogansville 11-12-year-old all-star team will participate in the Dixie Youth Baseball district tournament beginning on Saturday at the Hogansville Sportsplex.

On the line is an invitation to the state tournament, which will go to the district winner.

The state champion will then head to the Dixie Youth Baseball World Series that will be held in Lexington, S.C. in August.

The business at hand is finding a way to finish first in the three-team district tournament that also includes Troup National and Manchester.

In Saturday’s final game, Troup National and Hogansville will face off at 2 p.m.

The double-elimination tournament continues on Monday at 6 p.m., and if needed, a final game would be played at 8 p.m.

There were two Hogansville teams during the regular season, and the top players from those two teams became all-stars.

The team then got to work, preparing for what it hopes will be a winning summer.

Thompson said he and the other coaches have tried to make things as enjoyable as possible for the players, who are putting in a lot of time during the summer.

“This is their summer vacation,” Thompson said. “They’re investing. We want to make it fun. Our motto is loose but focused. We want them to have fun, we want to enjoy the experience, to enjoy the journey. And they have.”

Thompson believes the team is well-positioned to make some noise this summer due in large part to a deep and talented pitching staff.

“We’re fortunate to have a lot of good pitchers,” he said. “We have six we feel like we could throw anytime on the mound, and we feel like they can go out there and be effective.”

Thompson also believes the team has what it takes to be successful on offense.

If everything comes together, Troup National could be playing into August.

“We want to get (to the World Series). We want to represent Georgia,” Thompson said. “We feel like we have a chance.”

But, he emphasized, “we have to worry about district right now.”