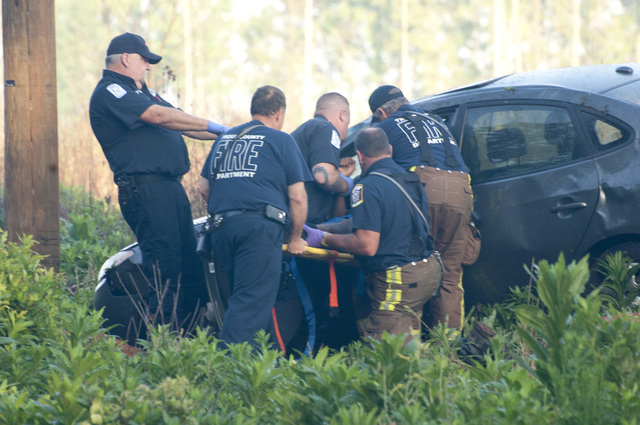 LaGRANGE — A 19-year-old LaGrange man was injured in a single-vehicle, roll-over wreck this morning on Hogansville Road.

A witness called 911 about 7:10 a.m. and reported a northbound Hyundai Elantra ran off the road and flipped several times before landing upright off Hogansville Road just south of Whitfield Road, according to Troup County Sheriff’s deputies on the scene of the wreck.

The man was taken by ambulance to West Georgia Medical Center after complaining of severe leg pain, according to Troup County firefighters.

The man’s condition was unavailable at press time.

First responders said the man was conscious and alert when firefighters and medical crews removed him from the wrecked vehicle around 7:30 a.m.

The cause of the wreck had not been determined at press time, but the Georgia State Patrol had been called to investigate.

Troup County firefighters, deputies and an American Medical Response ambulance crew and GSP all responded to the scene.

A medical helicopter was briefly placed on standby but not used.