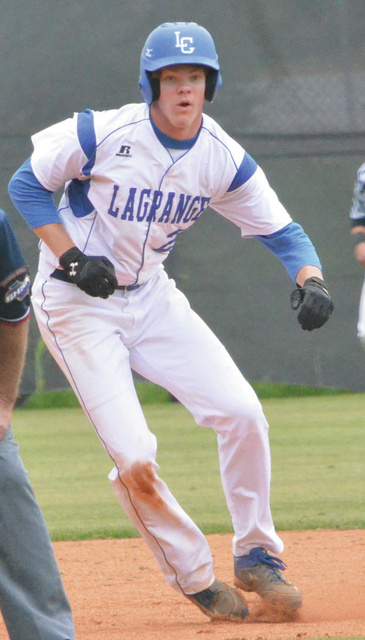 The LaGrange High offensive lineman is a big-time prospect, and he has received numerous scholarships offers from some of the country’s most prestigious programs.

Elder has plenty of time to make a final decision, but he doesn’t see any reason to wait.

On Saturday, during a recruiting showcase at North Carolina called the Freak Show, Elder announced that he is going to be a Tar Heel.

He is verbally committed to North Carolina, although nothing is official until national signing day in February.

Elder, who will be a senior this fall, let the world know of his decision on his Twitter page when he wrote “thrilled to say I just committed to the University of North Carolina Tar Heels. Go Heels.”

Elder made a bunch of visits to campuses in the ACC and the SEC, and among the schools he had offers from were Georgia Tech, South Carolina, Florida State and Tennessee.

On Friday, Moody announced that he’ll be heading to the University of Georgia to play baseball as a walk-on.

Moody, an outfielder and pitcher, had numerous options, and he could have attended a smaller school on a scholarship, but he wanted to play for the Bulldogs.

He’ll be joining his brother Drew Moody on the team.

Moody, who recently completed his sophomore season in Athens, also went to Georgia as a walk-on and he made the team and has been a key member of the pitching staff.