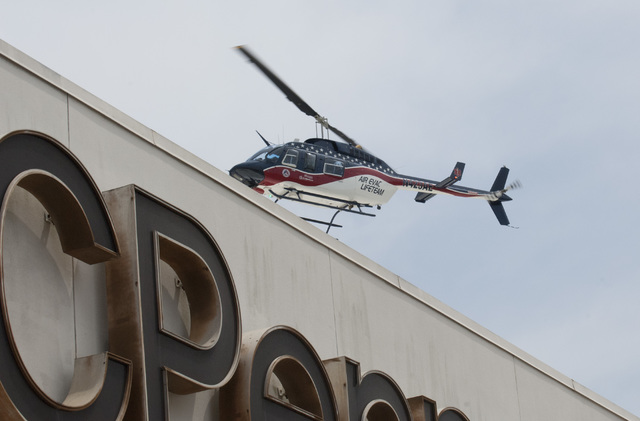 Emergency medical providers load a man into a medical helicopter to be airlifted to a regional hospital following a motorcycle wreck Wednesday on Interstate 85’s northbound exit ramp 18. LaGRANGE — A man was airlifted to a regional hospital Wednesday afternoon after he wrecked his motorcycle on an Interstate 85 exit ramp.

The driver, whose age was unavailable, apparently swerved to avoid a deer in the roadway when he fell off his motorcycle and was seriously injured, according to the Georgia State Patrol.

The man’s condition was unavailable at press time, although he was conscious and alert when he was taken by ambulance from the wreck site to LaGrange Mall to be airlifted.

LaGrange police and fire, along with GSP and American Medical Response, responded to the scene of the wreck.