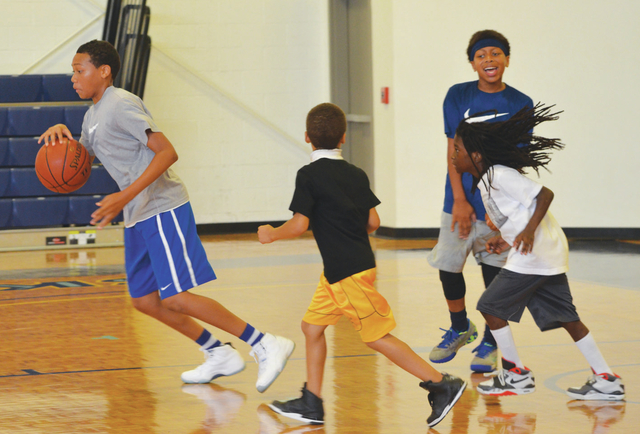 Troup High girls’ basketball coach Carla Thornton is holding a youth basketball camp in West Point this week. She has been offering the camp since she became the Troup coach. Kevin Eckleberry | Daily News She’s not afraid to get out on the court and mix it up.

Troup High girls’ basketball coach Carla Thornton is holding a youth basketball camp at the West Point gym this week, and she’s not just an observer, she’s a hands-on instructor.

Thornton eagerly gets on the court and runs with the boys and girls who are participating in the camp that began on Monday and wraps up on Friday.

“I get out there and play every day with them. And I set some mean picks,” Thornton said with a grin. “They think they’re going to run me over because I’m small.”

This is nothing new for Thornton, who recently completed her fifth season as the Lady Tigers’ coach.

She’s been offering the summer camp each year since she been Troup’s coach, and it’s something she enjoys doing.

“Every summer I do it,” said Thornton, who was a standout player at Callaway High. “I enjoy it just as much as they do.”

It’s a smaller camp with fewer than 20 girls and boys, and that’s the way Thornton likes it.

“A lot of my normal ones, they said they were going on vacation, but we had a good turnout,” Thornton said. “I didn’t want too many. It’s more intimate.”

The camp lasts three hours each day, and Thornton said “we spend the first hour working on fundamentals, working on personal skill sets, and then we let them play until the end for the last hour, let them scrimmage against each other.”

Thornton has some help this week.

One of her players, rising junior Akhya Mitchell, is her assistant instructor for the week, and that’s a role she has filled the past two summers.

“I’m trying to teach her some leadership skills. I think she can be that (leader) for us,” Thornton said. “She’s kind of a natural-born leader, so this’ll give her some experience.”

Mitchell said she has a great time helping out with the camp.

“I enjoyed it a lot,” she said. “It helps me a lot with my leadership skills playing high-school ball. It helps me a lot. And I like working with kids anyway. It’s really fun. It helps with my communication skills. I really like it a lot.”

It makes for a busy week for Mitchell, who also has a couple of practice sessions with her teammates on the Troup basketball team.

On Tuesday in fact, Mitchell went straight from the camp to the Troup High gym for practice.

“I’ve got practice right after this,” she said Tuesday during a break in the action. “I’ve got to work hard. It helps warm me up.”

Mitchell said all of the boys and girls have great attitudes, which makes it such an enjoyable experience.

“The kids are having fun,” she said. “That makes is easier.”

Thornton said the goal this week is “to get the kids some experience, and have some fun, and learn a little bit.” 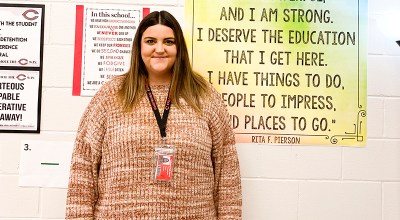 Streets to close for Christmas parade 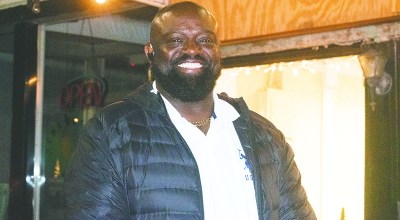 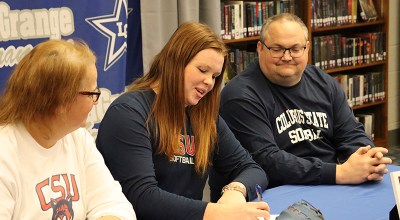