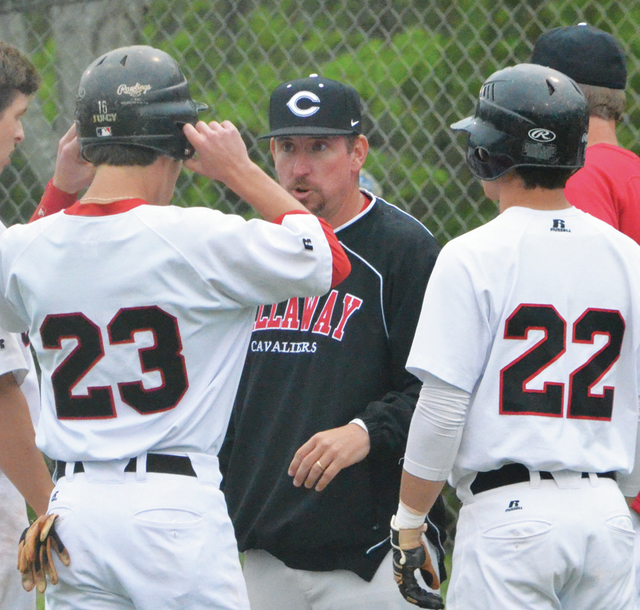 It was a different sort of summer for the Callaway High baseball team.

A year ago, the Cavaliers were coming off a region championship and a trip to the elite eight, and most of the key contributors were set to return, so there weren’t many questions to be answered during the summer.

Flash forward a year, and once again the Cavaliers were fresh off a region title and a trip to the state quarterfinals, but it was a senior-dominated team, leaving a whole bunch of holes to be filled looking ahead to the 2016 season.

That’s what made the summer such a valuable time for Dusty Hubbard’s Cavaliers, who got to spend plenty of time on the field during June.

“We were very pleased,” Hubbard said. “We ended up playing about 16 games, eight dates. That’s a pretty quick 16 games you get in. It was good. We got a chance to see a lot of younger kids, and also got a chance to mix in some older guys in spots. From the three, four weeks that we went, we got about as much done as we possibly could.”

The Cavaliers had a terrific spring season.

After winning a second straight region title, Callaway beat Adairsville and Decatur in the first two rounds of the playoffs before losing to Jefferson in the quarterfinals.

Many of the players who helped the Cavaliers enjoy that success are gone, including the three primary pitchers, Cody Mimbs, Kevin Craft and Perry Keith, who are all heading to college to play baseball.

Hubbard said finding some men who can take the mound next season was a focal point this summer.

“First of all, we were kind of trying to figure out our pitching rotation,” Hubbard said. “We feel like we’ve got a pretty good idea of the guys we can count on. We threw some guys that hadn’t thrown much, and we feel like we found a couple of guys that are going to be pretty good for us next year. That’s the good thing about playing doubleheaders. We don’t ever let anybody go more than three innings in a summer game.”

A number of position players, including shortstop Austin Garrett, third baseman Terry Godwin and catcher C.J. Gallatin also graduated, but it’s not like the Cavaliers will be starting over.

All of those players were key contributors during the playoff run.

Hubbard said all of the players were there at times during the summer, although the lineup was never the same.

“Dylan, a lot of times he was playing at different places, and we had a couple of guys that were playing on other teams here and there, a couple of guys that went to camps or vacation,” Hubbard said. “If you do that, that’s fine. You want them to be kids, too. And that gives another guy an opportunity for us to look at. We had different personnel about every time we played, but that’s kind of a good thing.”