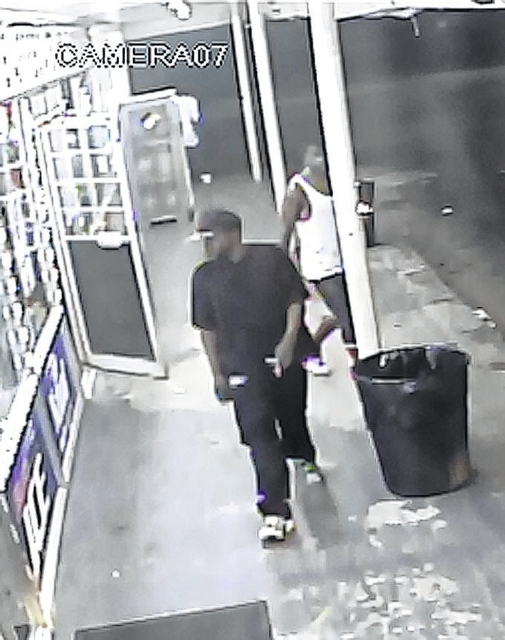 Police are looking for an African-American male, pictured here, who was wearing black clothing and a black baseball cap when the shooting occurred.

LaGRANGE — A 30-year-old man was injured in a shooting Friday morning at a convenience store in south LaGrange.

The victim was shot once in each leg above the knee outside the Bay Food Mart at 1312 Hamilton Road shortly before 6 a.m., according to LaGrange police.

The man was taken by ambulance to a Columbus hospital and his condition was unavailable at press time.

No arrests had been made at press time, but police are looking for an African-American male who was wearing black clothing and a black baseball cap when the shooting occurred.

The suspect left the convenience store in a white two-door coupe with a sunroof.

The shooting was outside of the convenience store on the side of the building, Kirby said.

Police are asking for the public’s help in identifying the alleged shooter. Photos of the suspect and the vehicle in which he left may be found on the LaGrange Police Department’s Facebook page at www.facebook.com/lagrangepolicedept.

Anyone seeking to provide information anonymously may contact Troup County Crime Stoppers at 706-812-1000.

Anyone who can provide specific details or information related to this case may contact LaGrange police detective An’Drea Scott at 706-883-2601 or Kirby at 706-883-2620.

GSP: Driver had drugs in system