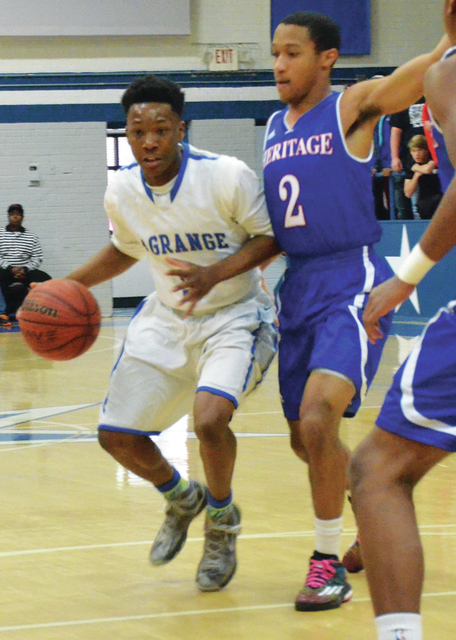 The LaGrange High boys’ basketball team appears poised to do some big things next season, with Region 1-AAAAA player of the year Derieko Smith and all-region player LaPerion Perry set to return.

While having those two players back is big, new head coach Mark Veal said there will be some pretty big shoes to fill when a new season rolls around.

“One thing people look at coming off our elite eight appearance, and winning the region championship, everybody looks at it like we have a great deal of the team coming back,” Veal said. “But we really graduated three starters.”

Four post players graduated, as did standout guard Danterrius Bray, who was one of the top players last season.

“He was a very good player for us,” Veal said of Bray. “He was an extra ball-handler out there, a shooter with a high IQ.”

As for the post players, while they didn’t accumulate gaudy stats, Veal said they were still very important.

Fortunately for Veal, he won’t have to wait until next season to find out how some of the players asked to fill those holes will perform.

The Grangers wrapped up a busy summer schedule last week, and Veal was able to get a look at a lot of different players.

Veal said the team was limited during the summer because of injuries.

“LaPerion was hurt most of the summer, so he didn’t really play,” Veal said. “And (Smith) was hurt a good bit of the summer, and we had some guys out of town like Gabe Duckett, whose going to be a really good player for us. What it did was it gave a lot of guys an opportunity to step up and play and get experience, and our guys, they really did a good job.”

LaGrange, which lost to Allatoona in the quarterfinals of the state tournament last season, will begin a new season in November.