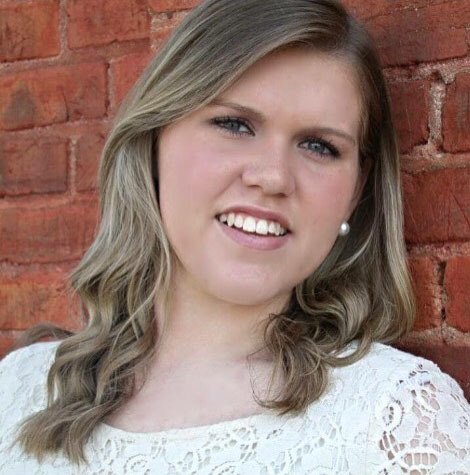 During the Sweet Land of Liberty Parade on Saturday, six high school students were honored for receiving Citizenship Awards after being nominated by their school’s administrators. The following students were among those honored.

He is a 2015 graduate of LaGrange High School. He was a member of the LHS Service Club, a four-year member of LHS Chorus and played football for LHS as punter. Golden’s hobbies are hunting, enjoying time on the lake and volunteering his time for service projects at Rosemont Baptist Church and Unity Baptist Church Food Closet ministry.

He will attend the University of West Georgia in Carrollton in fall, where he will major in biology with the long-term goal of obtaining a degree in physical therapy.

“I feel very honored to be selected to represent LHS,” Golden said. “Good citizenship should be taken seriously. I believe in the Golden Rule – loving God, your neighbor and doing the right thing, that is how I try to live my life.”

She is 2015 graduate of Troup High School. She was a member of National Honors Society, Beta Club, Student Council, the volleyball team and Alpha Elipson Society. Hall currently works at the public library and her hobbies include going to church, volunteering at the hospital, tutoring, reading, traveling and spending time with family.

She will attend the Georgia Institute of Technology in fall, where she will major in public policy.

“I am grateful for this award and thankful for this community that I call home,” Hall said.

He is a 2015 distinguished honor graduate of Callaway High School. During high school he was a member of the CHS varsity soccer team for four years, serving as captain and chaplain; played varsity football for three years as kicker; was a member of the National Honor Society and a Georgia Merit Scholar; was voted “The next Bill Gates” – most likely to succeed – by his peers; was a member of the Y Club, where he served as chaplain and a member of Fellowship of Christian Athletes. He is an active member of his youth group at Prospect Church, where he coordinated Impact weekend promoting students and their relationship with Christ in serving their community through various service projects.

Hunter will attend the University of North Georgia in the fall and is undecided on whether he will pursue a degree in engineering or political science.

“I am incredibly honored to receive the American Flag Award because of what the flag represents,” Milliman said. “It represents every drop of blood that was shed for this great nation. It stands for freedom to all who believe in it.”

She is a 2015 graduate of West Georgia Home School Association. She was active in the WGHSA Teen Group.

She enjoys going to church, reading, music and camping.

She said she is still seeking the Lord’s direction for her future.

“I am honored to have been nominated by the West Georgia Home School Association to receive this award,” Pemberton said. “I feel proud to represent this wonderful group in the Sweet Land of Liberty Parade.”

She is a rising senior at Lafayette Christian School, slated to graduate with the Class of 2016.

She plans to attend Columbus State University to pursue a career in dental hygiene.

“On behalf of Lafayette Christian School, it is a honor to be recognized for this award,” Smith said. “I hope to continue to make a difference in the lives of others in our community.”