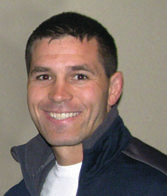 Troup High’s wrestling team is bringing in a big gun for a two-day camp next week.

The first ever Camp of Champs will be held on July 15 and July 16 in the Troup High gym, and the lead instructor will be Mark Ironside, the former University of Iowa wrestler who won a pair of national championships while wrestling for legendary coach Dan Gable.

“We’ve got wrestlers coming from all over, from Alabama, and of course from metro Atlanta,” Garner said.

Garner said his brother Drew Garner, who has been running Troup’s summer wrestling program, knows Ironside and asked him to be a part of the camp.

“Drew has gotten to be good friends with Mark Ironside, and he has ties with Dan Gable,” Craig Garner said.

Ironside enjoyed a remarkable collegiate career at Iowa that included four Big 10 titles and a pair of national championships.

By the time he was done at Iowa, Ironside had compiled a 127-10-38 record, and he never finished lower than sixth at the NCAA championship.

Ironside finished his collegiate career with a 67-match winning streak.

When he was inducted into the Iowa Wrestling Hall of Fame, Ironside said “I learned the discipline it takes to succeed in wrestling. You can’t just lift, can’t just drill, you can’t just work at nutrition and you still have academics to deal with. Time management and discipline have crossed over into my business and my family life.”

Each day of the camp will feature a two-hour session beginning at 9:30 a.m., and at the end of each session the wrestlers will be paired up for matches.