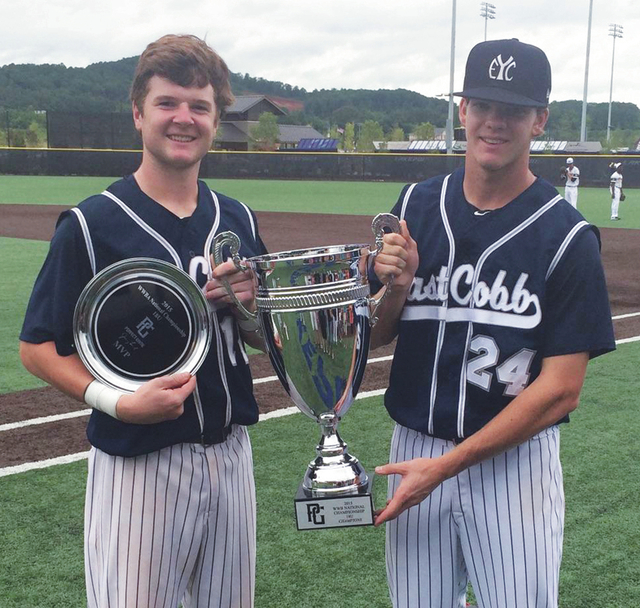 What a week it was for former LaGrange Granger Logan Moody.

Moody, who completed his senior season with the Grangers this spring, helped lead the East Cobb Yankees to the top spot in the Perfect Game WWBA world championship last week in Emerson.

Moody, who was named the co-MVP of the tournament, had a remarkable week.

East Cobb won the championship with a 12-3 victory over the Triton Rays.

Moody said he was “aggressive the entire tournament, and it really paid off.”

Moody shared the MVP honors with teammate Kyle McCann, who drove in seven runs and had two home runs in the championship game.

In the semifinals, East Cobb held on for a 3-2 victory over Team Elite Prime, setting up the title showdown with the Triton Rays.

McCann’s grand slam helped East Cobb scored seven runs in the first inning on the way to a blowout win over the Rays.

McCann added a three-run home run later in the game.

Moody was a standout at the plate and on the pitcher’s mound during the spring, and he helped lead LaGrange to a third-place finish in a strong Region 1-AAAAA.

LaGrange fell to Evans in a first-round state series that went the full three games.