Troup National gets chance to compete 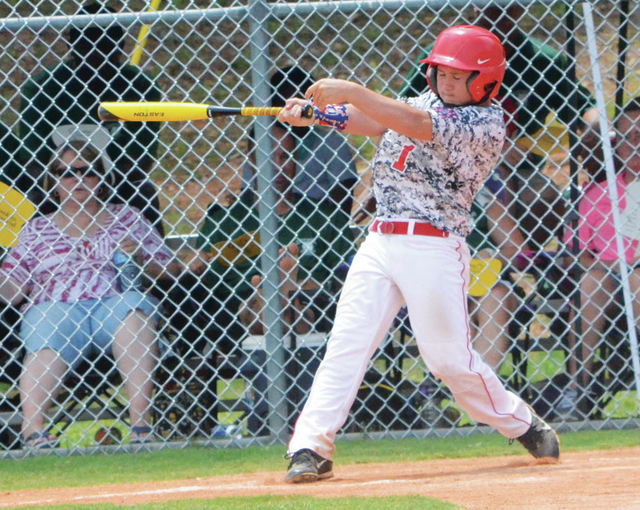 Troup National’s Austin Manning takes a swing during the district tournament. Troup National needs to finish first or second in its four-team pool to advance to the state semifinals. Kevin Eckleberry | Daily News

http://lagrangenews.com/wp-content/uploads/sites/37/2015/07/web1_7-9-troup-manning.jpgTroup National’s Austin Manning takes a swing during the district tournament. Troup National needs to finish first or second in its four-team pool to advance to the state semifinals. Kevin Eckleberry | Daily News

The Troup National 11-12-year-old all-stars lost to Hogansville in the championship game of the district tournament, and at the time it looked like that could be the end of the road for the team.

The district was only guaranteed one spot in the state tournament, and that spot went to Hogansville.

Troup National had to wait and see if a place would open up at the state tournament, and eventually it did.

A week after the district tournament, the Troup National coaches and players found out that they would be going to the state tournament, which will get under way on Friday in Augusta.

It’s an eight-team tournament, and the teams will be divided into two four-team pools.

Two teams from each pool will return to Augusta the following weekend for the final four, and the state champion will qualify for the Dixie Youth Baseball World Series in Lexington, S.C.

Troup National coach Andrew Caraway said he and the players are thrilled that they’re getting this chance after the tough losses in the district tournament.

“They were all so pumped up to go,” Caraway said. “They’re really excited for the second chance. We talked about that and said you don’t get second chances in life very often. You have to cash in on it.”

Caraway said the team didn’t practice the week after district, and the players were rearing to go when they found out they had more baseball to play.

“We got a little bit of a late start on practice,” Caraway said. “Some of the kids went on vacation. A couple went on a cruise. They were all really juiced when they came back and were ready to go.”

In the district tournament, Troup National lost to Hogansville 5-4 and 7-5.

In the second meeting, Troup National trailed 7-1 heading into the sixth and final inning.

With two outs, Troup National strung five consecutive hits together to get within two, and the tying runs were on second and third when the game ended.

In the first game, Troup National scored two runs in the sixth inning to get within one run, and the game ended with the tying run on base.

“We know we belong (at state),” Caraway said. “We talked about it this week. If you lose by a combined three runs against a really good team, and you make seven errors in two games, it shows you that you were given every chance to win those games. There were some mental mistakes we made. We shored up a couple of the problems.”

Caraway was proud of the way his team rallied in both games against Hogansville, especially in the second game when things looked really bleak with the team trailing by six runs with two outs in the final inning.

“That was an amazing comeback,” Caraway said. “I can’t say enough how proud I was.”

Caraway said the goal now is to “put that intensity in a jar and take it with us to state and open it there and play every inning the way we played that last inning against Hogansville.”

Troup National will play two games on Friday, and if it wins at least one of those games, there will be another game on Saturday.

Caraway said the experience at the district tournament will help his players at state.

“At district, we kind of saw what things we needed to work on,” Caraway said. “The little things get you beat.”

If Troup National is able to make it through to the final four, Caraway said his team would love to play Hogansville again.

“We want to take care of business no matter who we play, but we’d relish a rematch,” he said.