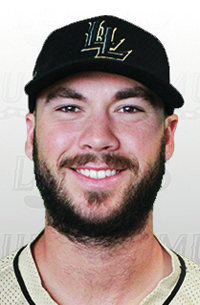 LAGRANGE – He had it all working.

Former LaGrange Granger Mitchell Donahue was on the mound on Friday as his Rochester (N.Y.) Ridgemen took on the Wellsville Astros in a New York Collegiate Baseball League game.

Turns out, the left-handed Donahue was the only pitcher the Ridgemen needed.

Donahue pitched a nine-inning complete game, and he picked up his second victory of the season as Rochester beat Wellsville 5-2.

Donahue gave up five hits and walked five batters, but he limited the damage and helped himself with six strikeouts.

It was Donahue’s second complete game of the season, although he only needed to go seven innings in a 4-0 win over Wellsville on June 3.

Donahue, who recently completed his second season on the Toccoa Falls baseball team, improved to 2-1 and lowered his earned run average to 3.43.

Donahue has appeared in seven games for the Ridgemen, and he has allowed one or fewer earned runs in five of those appearances.

PRICE PETERS: Peters, a LaGrange High graduate, is hitting .257 with a pair of doubles and 10 RBIs for the Weyburn Beavers, who play in the Western Major Baseball League in Canada.

Peters, a catcher, was 1-for-4 with an RBI in Sunday’s 3-1 win over Swift Current, and before going hitless in Monday’s game he’d hit safely in three straight games.

Peters played at Southern Union the past two seasons, and he’ll be a member of the Jacksonville State baseball team next spring.

LUKE BAILEY: Bailey, a former Troup Tiger, hit his eighth home run of the season on July 2 for the Laredo Lemurs, but he has gone eight games since then without hitting one over the fence.

Bailey is hitless in his past seven games, and his batting average has fallen to .216, although he is still one of the most productive hitters for the Lemurs, an independent professional baseball team in Texas.

Bailey has eight home runs, six doubles and 24 RBIs, putting him among the team leaders in each of those categories.

Bailey is in his first season with the Lemurs after playing the previous five seasons in the Tampa Bay Rays’ organization.