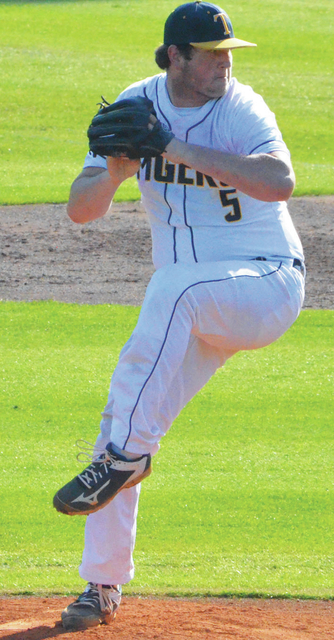 West Point opened play in the tournament by beating East Marietta 8-3, and Pearson was the winning pitcher.

In the second game, Pearson drove in a run with a sacrifice fly in a 10-6 loss to East Marietta, setting up a winner-take-all game.

The final game was no contest, with West Point overwhelming East Marietta 8-0 to secure the state title and earn an invitation to the Southeast Regional in Florida.

Will Henderson tossed a complete-game shutout in the state-championship game, and Pearson led the offensive effort with two hits, two RBIs and a run scored.

SOFTBALL: The West Point 16-and-under all-star team is still in the hunt for the Little League state championship in Columbus.

After going 2-0 over the weekend, West Point fell to Northern of Columbus 19-3 on Monday, but the team remains alive in the double-elimination tournament.

If West Point beats Madison County at 6 p.m. today, it will advance to the championship round on Wednesday.

West Point began the tournament with a 14-1 rout of Athens on Saturday, and it followed that up with a dramatic 10-9 victory over defending state-champion Madison County on Sunday.

Madison County had a 9-3 lead in that game, but West Point rallied for the win.

After tying it in the sixth inning, West Point pushed a run across in the bottom of the seventh inning to get the come-from-behind win.

Maddie Livinston came through with the bases-loaded, walk-off single.