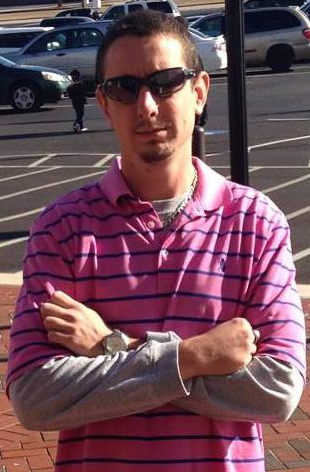 Alex L. Bartlett, shown in this undated photo provided by the Troup County Sheriff’s Office, has been missing since May 2014.

http://lagrangenews.com/wp-content/uploads/sites/37/2015/07/web1_alexbartlett1.jpgAlex L. Bartlett, shown in this undated photo provided by the Troup County Sheriff’s Office, has been missing since May 2014.

LaGRANGE — The Troup County Sheriff’s Office has re-assigned the case of an area man who went missing in Atlanta in May 2014.

Alexander L. Bartlett, originally from Troup County and born in 1989, was working in Helen and living in Gainesville when he went missing, according to investigator Kendall Ham of the sheriff’s office.

He is described as a white male, standing 5-feet, 11-inches tall with brown hair and brown eyes.

The case was re-assigned as an administrative matter so that investigators could focus as much attention as possible on the case, according to sheriff’s Capt. Mike Caldwell, head of investigations.

Bartlett’s mother was the last person to speak with him, Ham said. He apparently told his mother he was leaving Gainesville for Atlanta to meet friends he met in Columbus; he was not heard from again.

“At this point, we’re reaching out to anyone,” Ham said.

Investigators aren’t sure what happened to Bartlett, but believe the details surrounding his disappearance are suspicious.

Ham said she and fellow sheriff’s investigator Patrick Tunnell, who is also looking into the case, have contacted numerous people and places concerning Bartlett’s disappearance.

“We’ve called several of his former associates, and their (phone) numbers have either been disconnected or they haven’t heard or seen him,” Ham said. “I’ve mailed out fliers to facilities (such as hospitals and homeless shelters) from Lawrenceville to Columbus.”

Ham added that Bartlett’s family has also been active in the search.

“The mother and soon-to-be step dad also walked Moreland Avenue (in Atlanta) handing out fliers to random people,” she said. “I’ve called all the metro-Atlanta crime labs and medical examiners’ offices and they’ve not had anyone matching the description.”

Sheriff’s investigators have been in contact with Bartlett’s family to update them on the ongoing case, Ham said.

Anyone with information about Bartlett’s whereabouts is asked to contact the Troup County Sheriff’s Office at 706-883-1616.