Accused shooter ordered by Troup County judge to be held 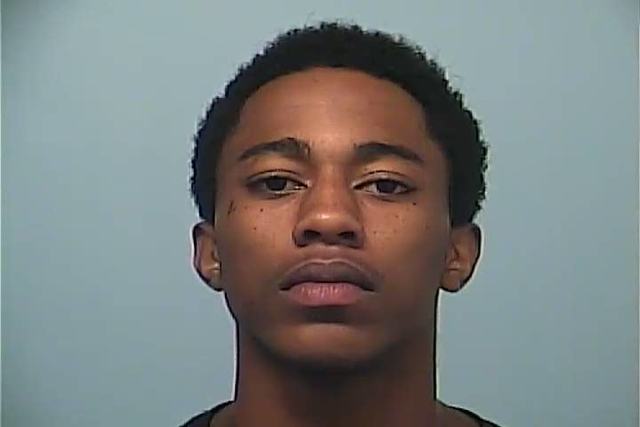 LaGRANGE — An 18-year-old man accused of shooting another man in the leg outside a Hamilton Road gas station in June appeared in Troup County Magistrate Court on Thursday for a probable cause hearing.

Judge Vickie Sue McWaters called defendant Jakoreyus “Cody” Newsom of North Sanford Street a “threat to the citizens of this city” and ordered him held at the Troup County Jail as his case heads to superior court for grand jury proceedings.

Newsom is charged with three counts of aggravated assault and one count of possession of a firearm during the commission of a felony for allegedly shooting 21-year-old Andre Bennett of McGregor Street at a BP gas station at 517 Hamilton Road on the afternoon of June 8. If convicted, Newsom could face up to 65 years in prison. Newsom has no previous criminal record, his lawyer told the court.

Police alleged Newsom was a member of the Gangster Disciples street gang and was motivated to shoot Bennett from an order by high-ranking members of the gang in Atlanta.

LaGrange police detective Jeremey Jones testified that Newsom and another man drove to the gas station the afternoon of the shooting and were leaving when they saw the victim, Bennett, in another car. Jones told the court Newsom flagged Bennett down — they apparently knew each other — and Bennett drove the car back to the gas station where the two had a casual conversation for “a good minute,” Jones said.

Jones said the gas station was crowded when the shooting happened at 5:40 p.m., but nothing about the conversation between Newsom and Bennett foreshadowed the violence. After the two finished talking, Newsom allegedly walked away from Bennett’s car, then pulled a handgun from his waist band and turned to fire roughly nine shots toward the car Bennett was driving.

Bennett was struck twice; he was hit once in the knee and another bullet grazed his leg, Jones testified. After the shooting, Newsom and another man he was with left in a car and headed toward Colquitt Street and Bennett, along with other passengers in the car he was driving, went to West Georgia Medical Center on Vernon Road. The staff of the hospital contacted police when Bennett arrived with the gunshot wound, Jones said.

A passenger in the vehicle was able to identify Newsom from a photo line up, but Bennett is not cooperating in the investigation, Jones said.

Newsom’s case will now head to superior court where the Coweta Judicial Circuit’s District Attorney’s Office will review the charges and case file and may go forward with grand jury hearings. The next grand jury is scheduled to convene Aug. 3.