Business news: Officer at LaGrange-based bank to serve on state board 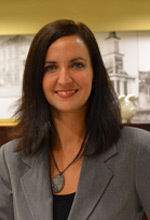 Founded in 1969, the CBA is a nonprofit organization serving community banks throughout Georgia with a goal of enhancing their profitability and growth. The CBA was started by a group of Georgia community bankers to protect the political interests of locally owned banks.

Smith will be serving on the CBA’s Leadership Division Board of Directors. Created in 1980, the purpose of the leadership division is to promote the advancement of tomorrow’s financial industry leaders and to encourage and foster additional relationships between the CBA and its member banks. The leadership division focuses on three major initiatives: raising funds for children’s healthcare, promoting participation in CBA’s annual Julian & Jan Hester Scholarship and raising funds for CBA’s PAC/PR funds.

“We’re pleased to welcome new and returning members to the CBA Leadership Division Board of Directors,” said Rob Braswell, president and CEO of Community Bankers Association. “With such a knowledgeable and motivated group of community bankers on the LD board, we’re anticipating another very productive year. We look forward with great excitement to working with such a dynamic group in the coming year.”

Casey Smith joined Calumet Bank, then LaGrange Banking Company, in 2008 as vice president of operations after spending eight years in various roles at Community Bank & Trust in West Georgia. A graduate of the GBA’s Georgia Banking School at the University of Georgia, Smith holds a BBA from the University of West Georgia.

She actively serves on the board of the Leadership Troup program and is a member of Troup County’s American Cancer Society Leadership Council. She also serves on the Callaway Elementary PTO Board as vice president, is a member of the Lafayette Ballet Guild and was recognized for her volunteerism by the United Way of West Georgia as one of their 2011 Volunteers of the Year.