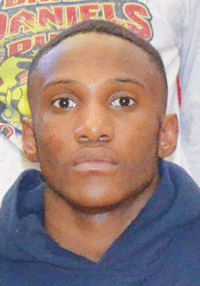 LAGRANGE – He’s ready to pack his bags and head to Iowa.

Tyshon Cannon, who graduated from Troup High this spring, is heading to William Penn University in Iowa to become a collegiate wrestler.

Earlier this summer, Cannon said he was likely going to attend Brewton-Parker College and join the wrestling team, but when the offer came to go to William Penn, he jumped at it.

“We were contacting each other for months, and we were just talking back and forth, and (the coach) finally just threw everything out to me,” Cannon said. “I was thinking about going to Brewton-Parker. I was ready. But he gave me a full scholarship. You can’t beat that.”

It became official this week when Cannon received admittance to the school.

“I’m pretty excited,” Cannon said. “I talked to the coach, and I thanked him and the admissions committee for accepting me and everything. It’ll be a great experience. I’m just ready to go.”

Cannon is coming off an exceptional season that culminated with a fifth-place finish in the Class AAAA state wrestling meet.

Now, Cannon will try to make his mark as a college wrestler.

“I’m ready for it,” Cannon said. “I know it’s a different level, but it’s time for me to go to that level now.”