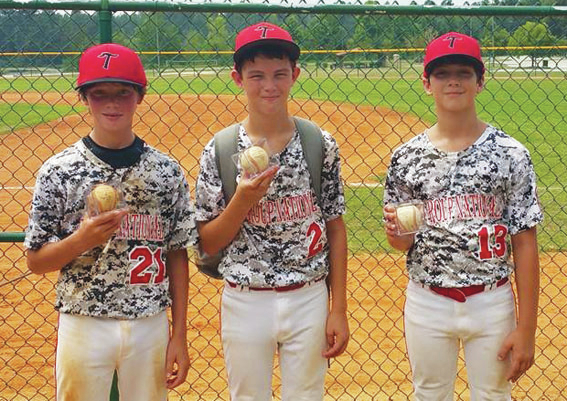 AUGUSTA – After losing two heart-breakers to Hogansville in the district tournament, the Troup National all-star team left nothing to chance on Friday.

In the final four of the Dixie Youth Baseball 11-12-year-old state tournament, Troup National rolled to a 13-1 victory over Hogansville, taking a big step toward a state championship.

There is still work to be done, though, since it is a double-elimination format.

Troup National will return to the field at 11 a.m. today to play Albany, which thumped Norcross 16-0 on Friday.

If Troup National wins that game, it would play for a state championship on Sunday at 1 p.m.

If Troup National loses to Albany today, it would play later in the day at 5 p.m. in an elimination game.

Hogansville, meanwhile, bounced back later on Friday to beat Norcross 18-3 to keep its title hopes alive.

Hogansville returns to the field at 5 p.m. today to play either Troup National or Albany.

Caleb Deavers, who had two home runs and seven RBIs in an 11-3 win over Wrens last weekend, kept it going on Friday with a three-run home run.

The last team standing on Sunday will advance to the Dixie Youth Baseball World Series in Lexington, S.C.