Nobody did it better 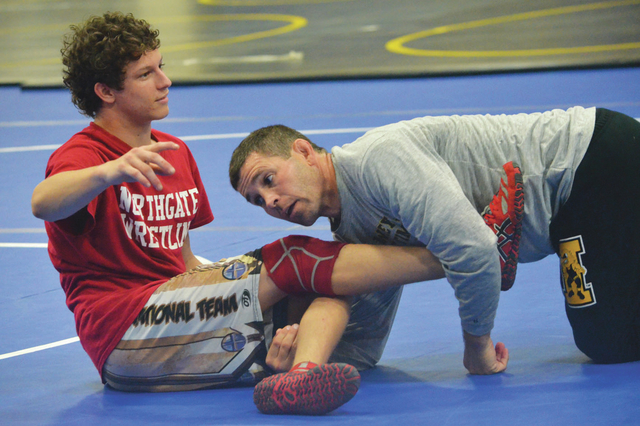 LAGRANGE – The numbers are staggering.

When Mark Ironside returned for his junior season at the University of Iowa, he’d already established himself as an elite collegiate wrestler.

During his first two seasons at Iowa, he’d only dropped 10 matches and he was coming off a sophomore season that ended with a third-place finish in the national championship.

What Ironside did over the course of his final two seasons at Iowa, though, allowed him to make the transition from being an extremely accomplished wrestler to becoming one of the all-time greats.

During his final two seasons, Ironside didn’t lose a match, and he won back-to-back national championships.

He was a four-time All-American, a four-time Big-10 champion, and before he got to college he’d won pair of high-school state titles in the highest classification in Iowa.

Ironside was in LaGrange last week to be a part of the Camp of Champs that was held on Wednesday and Thursday at Troup High.

Ironside was invited to be a part of the camp by Troup coach Drew Garner, and he readily agreed.

At the close of Thursday’s session, the camp participants gathered together and listened to Ironside as he talked about his remarkable career, and what helped him achieve his extraordinary level of success.

Ironside said his road to greatness actually began when he decided that wrestling was going to be the most important thing to him.

“Once I fell in love with wrestling, and I got involved with wrestling, it just took over my life,” Ironside said. “I just loved it so much. I did nothing but train, and train and train. Even in the summer, when all my other classmates in high school were off going to parties and doing different stuff or whatever, I was training.”

Ironside said being popular in school “didn’t matter to me.”

“Being successful in wrestling, that’s what mattered to me, and I was willing to sacrifice basically a social life to get what I wanted to get, and succeed how I wanted so succeed,” he added.

Ironside told the assembled wrestlers, including a handful of ones from Troup High, that you get out of the sport what you put into it.

Ironside told the campers that he didn’t find success over night.

When he first started wrestling, he said his opponents “were kicking my butt” but that soon changed.

When he arrived at Iowa, Ironside said he became a better wrestler not because of who he faced during competitions, but what he saw during practice.

He not only faced off against some exceptional teammates, but he also grappled with wrestling stalwarts Tom Brands and Terry Brands, who had completed their college eligilibity but were training for the world championships.

Ironside added that “when I stepped foot onto the wrestling mat for college, even when I was a freshman and sophomore, it felt like I was on vacation. I couldn’t wait to get to competition, because the level of competition I faced, even at the highest level, was nothing compared to what I was wrestling against in practice.”

Ironside also said the decisions made outside of the training room have a major impact on how successful a wrestler can be.

When Ironside knew that he wanted to be the best wrestler he could be, he decided to not let negative outside influences affect him.

“You’re going to be faced with a lot of decisions as you get into high school or you get older,” Ironside told the campers. “It’s up to you to make the right choices. That’s the great thing about your life, it’s up to you. You get to decide that for yourself. If you decide the wrong thing, then you’re the one that will have to play the consequences and pay for that decision.”

Ironside added that “when you say no once, it’s a lot easier to say no again. You say no a second time and a third time, it becomes no big deal. Be proud to say no. The next thing you know, people start respecting you for it.”