Cameras can catch criminals in LaGrange 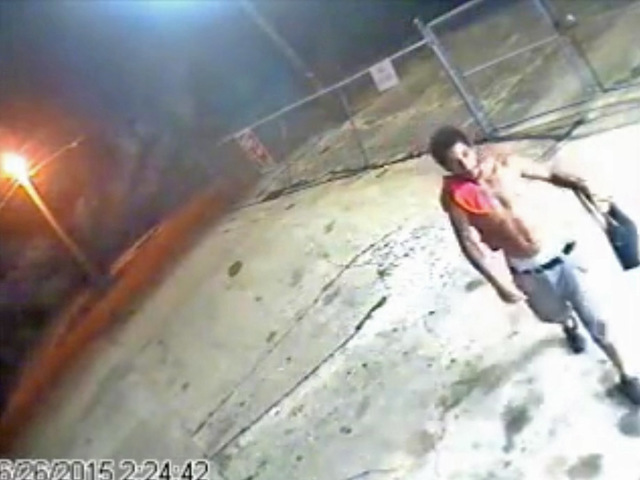 A local business surveillance video showed this suspect after he allegedly robbed a woman of her purse and cell phone June 26 as she was walking through a parking lot. LPD Detective Chris Pritchett said within a week of posting the video to the LPD Facebook page, investigators were able to determine the suspect’s identity and now have warrants for his arrest.

http://lagrangenews.com/wp-content/uploads/sites/37/2015/07/web1_WEB0724pursesnatcher.jpgA local business surveillance video showed this suspect after he allegedly robbed a woman of her purse and cell phone June 26 as she was walking through a parking lot. LPD Detective Chris Pritchett said within a week of posting the video to the LPD Facebook page, investigators were able to determine the suspect’s identity and now have warrants for his arrest.

LaGRANGE — When a criminal broke into the offices of Jackson Heating and Air on Whitesville Street, the suspect made two vital mistakes.

According to the company’s vice president, Dale Jackson, the suspected perpetrator activated one of the cell phones he stole from the business, and the suspect never knew the incident was caught on surveillance cameras mounted throughout the building.

“Our office is located in a ‘high risk’ area, and that is why we have the cameras,” explained Jackson. “The last time we had a problem we were able to capture a picture of the robber, and when he attempted to activate a cell phone that he had stolen, we were able to reference the picture we had captured. Thankfully, we have only been broken in to twice in the 42 years that we have been in business.”

As in Jackson’s case, the power of video surveillance has now led the LaGrange Police Department to partner with the CrimeReports Camera Registration program.

The program is designed to help law enforcement agencies identify the location of commercial and residential security cameras so when incidents occur, investigators can quickly know where to turn for key video footage to solve crimes and eventually help prosecute the perpetrators.

According to CrimeReports, businesses and homeowners with surveillance systems can anonymously register their cameras with their local police departments. Citizens set up an account and share basic information about their home and business security cameras – like location, description and contact information. The information is private and only visible to the LaGrange Police Department, who can contact those camera owners if a crime has occurred in the area and request access to video footage.

In the early morning hours of June 26, a woman was violently robbed by a man while she was walking across a parking lot in the 500 block of Hamilton Street. The suspect stole the woman’s purse and cell phone. According to Pritchett, the victim was not able to give a good description of her attacker.

“All we had to go on from the victim was that he was a light skinned African-American male. There wasn’t much we could do with that,” he explained. “But when we found the video (of the suspect), we posted it on our Facebook page on June 29 and we got an I.D. on him within a week.”

Pritchett stated investigators have taken warrants out for his arrest.

The LPD detective said just about every video and picture of a potential suspect committing a crime that the department posts on their Facebook page, investigators have been able to solve. People send detectives tips through private messages that help lead police straight to the perpetrator, stated Pritchett.

He believes the camera registration program will make a huge impact on crime within the city limits.

“If folks realize they’re being watched and the person who owns the camera is willing to help, it’s going to cause them (potential criminal) to turn away,” Pritchett said. “It will also prevent someone from becoming the victim of a crime. It (crime registration program) empowers people. They become part of a crime fighting solution.”

Jackson said he wants to learn more about about the program before signing up.

“I’m not sure if we will participate in it or not,” he said. “I do see how it may help make the investigators’ job a little easier, but I’m a little concerned about my surveillance cameras being registered with anyone outside of my office.”

Pritchett said businesses and residents who own surveillance cameras can register for the program anonymously. He added only a few detectives within the department will have access to the map and list of those who take part in the crime-fighting strategy. Pritchett was emphatic that the registry will not be made available to the public.

The program is free to those who want to join it.

Anyone with a surveillance system that is interested in teaming up with the LaGrange Police Department and joining the CrimeReports Camera Registration program can visit www.crimereports.com and look for the “register a camera” link to sign up.