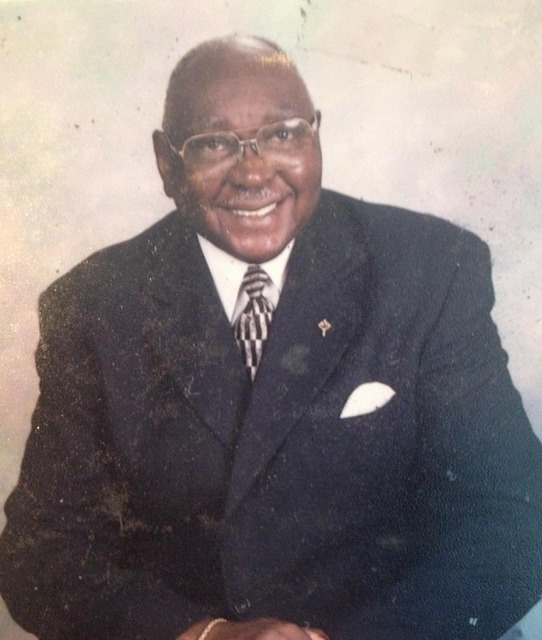 The Rev. J.R. Ware, pastor of Welcome Baptist Church, will be celebrated for 50 years in ministry on Sunday.

The Rev. J.R. Ware, pastor of Welcome Baptist Church, will be celebrated for 50 years in ministry on Sunday.

LaGRANGE — During his time working as a minister in LaGrange, the Rev. J.R. Ware has been a cornerstone of faith within the community.

His fellow church members, friends and family have planned to celebrate his work on at Welcome Baptist Church on Sunday, as 2015 marks Ware’s 50th year in the ministry.

Ware, 83, was raised near Franklin in Heard County in a family of what he described as devoted ministers. His father was a minister, along with two of Ware’s uncles, who were also pastors.

“I gleaned a lot of influence and wisdom from the older members I worked with and worshipped with throughout my life,” said Ware. “I cherish the time I spent working with them and learning from their example.”

Before entering the ministry, Ware served as an infantryman in the U.S. Army during the Korean War. Upon his return from service, he worked at the Callaway Cotton Mill, and also performed various odd jobs to support his family. At the age of 33, he chose to enter into the field of ministry.

“It was what I believed I needed to do,” said Ware. “I had already been active in the church. I was a deacon at Canaan Baptist, I taught Sunday school and I was part of the choir.”

He married Allene Strickland in 1955, and had a family of six children by the time he began working as a minister. Ware said his father-in-law, J.M. Strickland, also had a strong influence on him in his pursuit of working in ministry.

“I would drive him around to different churches where he would preach,” said Ware. “He gave me the urge to get in the ministry, and my wife also influenced me a lot. A good preacher has to have a good wife to anchor him.”

His career in the ministry led him to work at many local churches, including Eastside Baptist, Mount Zion Baptist, Branch Hebron and Springfield Baptist. While he was pastor at Springfield, he also served at Welcome Baptist Church.

“LaGrange has changed a lot since I started preaching here,” said Ware. “So many of these kids getting in trouble just need guidance. What will help them, and our city, is if us older folks get these kids in church.”

His daughter, Gwendolyn, said her father would pack all six of his children into their station wagon on Sunday morning and drive around the city, picking up other children and taking them to church with him.

“We were all sitting on top of each other in the back of that old station wagon, and he would be driving around to pick up other kids,” she said. “At the time, we were upset because my siblings and I didn’t want to crowd anyone else in the car, but, looking back, we realize how important that was for those kids who didn’t have anyone to take them to church.”

Ware’s friends and family will gather at Welcome Baptist Church, 3328 Hogansville Road, at 2:30 p.m. Sunday to celebrate his 50 years in the ministry. The event will feature the Rev. Allen Simpson III of Canaan Baptist Church as a guest speaker.