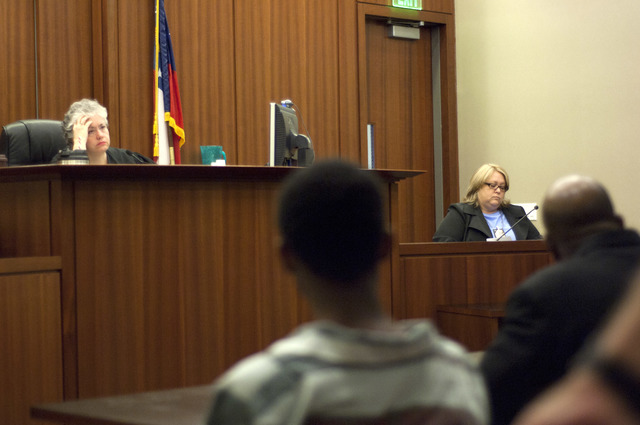 LaGRANGE — A Phenix City, Alabama, man accused of stalking and threatening a 16-year-old West Point girl he met online was given and made a $27,000 surety bond following a probable cause hearing Thursday in Troup County Magistrate Court.

Bobby M. Anderson, 19, allegedly met the girl on the Web and later in person at a football game and a movie theater in Columbus in June, according to testimony by Shannon Bavaro, a detective with West Point police.

When the girl attempted to break off the brief relationship at the Columbus movie theater, Anderson became angry and followed the girl and her cousin to their car in the parking lot, Bavaro said. The girl and her cousin drove away, but Anderson followed, eventually catching up to them at a stop light where he got out of his car, snatched open the door of the girl’s car and tried to pull her cousin out, according to Bavaro.

Over the next few weeks, Anderson became vengeful and created a fake profile of the girl on a dating website, using it to send strange men to her family’s house at all hours of the night, Bavaro testified. Over a two-week period, West Point police received more than two dozen calls about men coming to the house, Bavaro said.

According to courtroom testimony, Anderson took pictures from the girl’s Facebook profile and used them to create a fake dating site account. From there, he exchanged his own phone number with men on the site and posed as the girl. Via text message, he would give them directions to the girl’s house and instructions to “knock on the door, knock on the window, come on in if you can hear me (the girl),” Bavaro testified.

At one point, Anderson allegedly called the girl and threatened to kill her.

Anderson also allegedly sent text messages containing graphic sexual content to the girl, for which he faces charges of cruelty to children in the first degree.

He was arrested by West Point police on July 2 and remained in jail until Thursday when he made his bond.

When questioned by presiding Judge Vicki Sue McWaters about the specific nature of the disability, the mother said the disability was Anderson’s “speech, he gets SSI because of his speech, and then he had (attention deficit hyperactive disorder) in school. His speech is so low that you can’t really understand what he’s saying sometimes.”

Later, the judge comment that “he doesn’t have to be a radio announcer, there are other jobs out there he could do.”

In all, he faces charges of terroristic threats, stalking, cruelty to children in the first degree and identity fraud. If convicted on each charge, Anderson could face a maximum of 50 years in state prison.