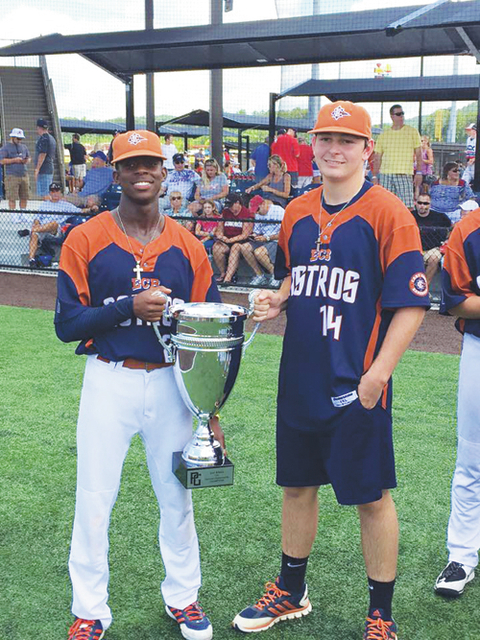 EMERSON – With a pair of Troup Tigers playing a key role, the East Cobb Astros capped off a perfect stay in the 15-and-under WWBA national championship with a 9-0 victory over Chain National on Friday.

The Astros finished the tournament with an 11-0 record.

In Friday’s semifinal game, the Astros found themselves trailing Phenom Signature 3-1 in the fifth inning, but they rallied for a 4-3 win.

There was no suspense in the championship game.

It was close for a while, but the Astros scored nine runs in the fourth and fifth innings combined to roll to the win.

Bliss was East Cobb’s shortstop, and he had a big tournament at the plate and in the field.

Helton was one of East Cobb’s top pitchers, and he was on the mound for a 2-0 victory over the Mid-Atlantic Red Sox on Wednesday that put the team in the final four.

The Tigers went 25-6 and reached the second round of the state playoffs where they lost to Wayne County.

Bliss will be a sophomore next season, while Helton will be a junior.