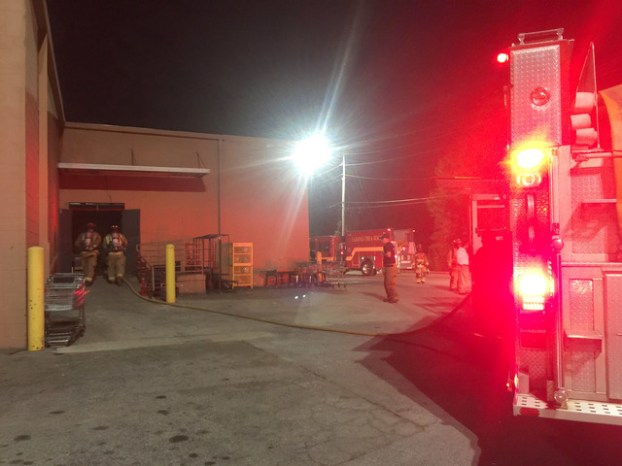 LaGRANGE — Police and fire personnel responded to a fire about 6 a.m. today at the Piggly Wiggly grocery store at 1861 Roanoke Road.

No one was injured in the blaze, which triggered the evacuation of the store’s employees. No customers were inside the building at the time, according to Chris Taylor, a public information officer for the LaGrange Fire Department.

LaGrange fire and police, along with the Troup County Sheriff’s deputies, responded to the scene. Initially, emergency dispatchers received calls that someone was possibly trapped in the room, but those reports turned out to be false, Taylor said.

Taylor said the fire started in the back portion of the store in a utility area.

“There was a problem with the backup generator in the mechanical room,” he said.

The fire was controlled by an automatic sprinkler system that activated, but firefighters still had to use hoses and water to extinguish secondary fires that also burned.

The LaGrange Fire Department is investigating the fire, but Taylor said no foul play is suspected and the preliminary cause of the blaze is expected to be either mechanical or electrical. Taylor expected a full report and information to be released by LFD this afternoon.

Taylor said the fire did not burn anywhere but the utility room.

“We’re glad that the store wasn’t in regular operation when the fire occurred,” Taylor said.

The Daily News attempted to call Piggly Wiggly several times this morning for comment, but its phone lines were busy.

Updates will be posted online at www.lagrangenews.com and in a future edition.