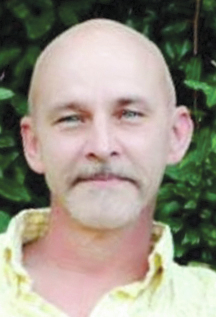 LaGRANGE — Court filings continued Monday in a 13-month-old lawsuit brought by a former county commissioner against a local blogger who claimed he stole public funds and cheated taxpayers.

Ricky Wolfe of LaGrange was Troup County’s commission chairman from 2007 to 2013 and filed suit in Superior Court against Ron McClellan of West Point on June 11, 2014, claiming McClellan “engaged in a pattern of making and publishing in print false and libelous statements …” according to records from the Troup Clerk of Court’s Office.

McClellan is the author of the Facebook page “Troup County Citizen,” and a frequent commenter on LaGrange Daily News websites, according to documents filed by Wolfe’s attorney, Thomas Greer of the Carrollton law firm Greer Jackson Tisinger. The Georgia Court of Appeals in 2007 ruled that “in print” libel includes comments and posts left on Internet message boards and websites.

On Wolfe’s behalf, Greer sent a May 9, 2014, letter to McClellan asking him to retract the statements to avoid litigation. McClellan wrote “kiss my a—, Ricky,” on the letter and returned it with a note attached reading, “Mr. Greer, consider this my official answer.”

Court documents filed by Greer on Monday assert that during a now-sealed Jan. 9 deposition, McClellan admitted to using websites and social media to accuse Wolfe of “stealing money, skimming off the top,” and “growing his Swiss Bank account with diverted funds, diverted money to his shell corporation DASH.”

Wolfe, who also heads the local nonprofit DASH for LaGrange, denies McClellan’s allegations. Wolfe has provided McClellan with more than 1,700 pages of personal financial documents, according to motions filed by Greer.

Originally, DASH for LaGrange also sued McClellan for libel along with Wolfe, who is acting separately, but the nonprofit dismissed its claim June 26, 2014; Wolfe continued his suit. McClellan filed is own counter suit against Wolfe on July 14, 2014, but that suit was dismissed Dec. 2, 2014, on the grounds that it failed to make a claim in which relief could be granted, according to court records.

According to motions filed Monday, McClellan admitted in his deposition that he believes Wolfe is “misappropriating thousands” of taxpayer dollars, “but can I prove that? No.” He said he is “still looking for the smoking gun.”

Following the deposition, Greer’s Monday motion now asks presiding Judge Jack Kirby to rule on the case. Greer’s filings argue that based on McClellan’s own deposition, he admits to making claims of criminal wrongdoing by Wolfe, but cannot prove them.

Additionally, Greer argues that McClellan committed the acts maliciously when he called Wolfe a “sleazy piece of crap, a Nazi piece of s—-,” and in deposition acknowledged the comments were intended to be personal and with malevolence. Showing malice is key to proving a person has committed libel under Georgia law. McClellan later attempted to retract the statements on the grounds that “he did not understand the legal definition of malice,” according to court filings.

McClellan has 30 calendar days from Monday’s filing by Greer to respond.

Speaking to the Daily News by phone today, McClellan said he thinks he can win the lawsuit and objected to the way the deposition was quoted in Monday’s court filings by Greer.

“… It’s typically misrepresented,” McClellan, who has read the motions, said. ” … There should be some ellipses after that. But that’s to be expected. They’re going to pull things out of context. In my opinion, this motion is a deperate joke. Frankly, I’m going to skin them alive when we get into the courtroom on this.”

McClellan also said he has found “nothing substantial” to prove his claims, but he continues to believe Wolfe is a “crook,” he said.

“… He’s got my rhetorical statements, which I stand behind,” McClellan said. “He is a crook. I think he is an embezzler.”

McClellan said, ultimately, he hopes the presiding judge will send the evidence to a jury trial.

“I’d love to get this in front of a jury, which is something he (Wolfe) doesn’t want … he does not want this to go before a jury. He knows what he’s doing is wrong, he’s got nothing.”

There is also a separate organization, DASH Development Corporation, which is listed on the nonprofit’s 990 form as a real-estate developing business and a related organization taxable as a corporation. The class-C corporation was established in 2006 and Wolfe serves as the CEO and secretary, according to records from the Georgia Secretary of State’s Office. Tom Alvis, the nonprofit’s controller, according to its website, also serves as the corporation’s chief financial officer, records show.

There are checks and balances to prevent fraud as the grant money is distributed. All the funds are wire transferred and no actual cash money is exchanged, according to Wolfe. The funds are regularly audited, as required by state law.

Every year, an independent, outside auditor combs the books of the nonprofit DASH for LaGrange and releases a publicly available statements on its cash flows, combined balance sheets and other financial data, also required by law. The Department of Community Affairs also audits funds it distributes.

It is unclear when the judge may make a ruling in the case. The August 2015 Superior Court civil case calendar was unavailable at press time. The judge in the case could rule several ways. It’s possible that he could rule in favor of Greer’s motion, thereby agreeing that the undisputed facts of the case warrant a ruling in Wolfe’s favor. If that occurs, the case could head to a civil jury for determination of damages.

McClellan could also file a similar motion to the one filed by Greer. If they judge were to rule in McClellan’s favor in that motion, the case would be dismissed.

In a third scenario, the judge could dismiss Greer’s motion and set a jury trial to hear evidence in the case.

“One thing to remember is that while the truth is a good defense against a libel lawsuit, it’s not the only defense,” McClellan told the Daily News by phone today.

Read LaGrange Daily News online at www.lagrangenews.com and in print for updates on this and other developing stories.

— This article was updated at 10:30 a.m. to include statements by McClellan to the Daily News, which occurred after press time.