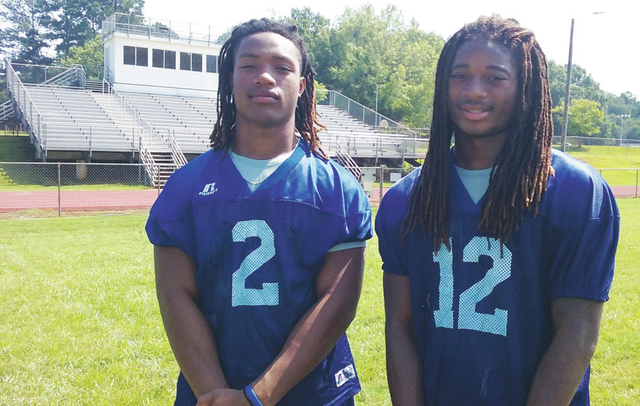 When the LaGrange Grangers take the field to play the Callaway Cavaliers on Aug. 21, it will be the start of the final season for seniors Bobby Willoughby and Jeremiah Wright.

Those two won’t just be along for the ride.

Willoughby and Wright are starting linebackers and returning starters, and they will be counted on to help lead the way on the defensive side of the football.

Before the Grangers play that first game, though, there’s a lot of work to do.

The Grangers opened preseason practice on Saturday, and they returned to the field on Monday and have gone every day since.

Like every team in the state, the Grangers are having to deal with the heat, and Willoughby said he and the other veterans are making sure to lead the way.

“You have to be a leader, and set an example for everybody,” Willoughby said. “Don’t let them walk. Don’t let them take plays off.”

Even though the Grangers are practicing in the morning this week, it’s still plenty hot that time of day, and Wright said “you have to keep pushing.”

While the Grangers are just starting preseason practice, the players have been participating in the summer strength and conditioning program for nearly two months.

“We’ve been working hard all summer,” said Wright, who will also get some playing time on offense as a running back.

The Grangers are heading into their second season under head coach Dialleo Burks, but there are a handful of new assistant coaches this season, including defensive coordinator Marvin Kendricks and offensive coordinator Jay Floyd.

Willoughby, who will also play some tight end this season, said the new coaches have done a great job of getting to know the players.

“We meet with them early in the morning, and talk about a lot of stuff,” Willoughby said. “We’ve really gotten to know them already. They’re here every day. We talk all the time.”

Wright wears the number two jersey for LaGrange, and that has come to mean something special over the years.

Over the past 15 years, linebackers including Sam Olajubutu, Travis Hart, Qua Huzzie and Tay Glover have worn the number, and it goes to a player who is not just a standout player, but a team leader as well.

While the Grangers lost some key players from last year’s defense, Willoughby believes the team will have a chance to do some great things on that side of the ball.

“We’re going to be good,” he said. “We’ve got more stunts than last year. They’re making it where it’s simple. You don’t have to do too much thinking. You just go.”