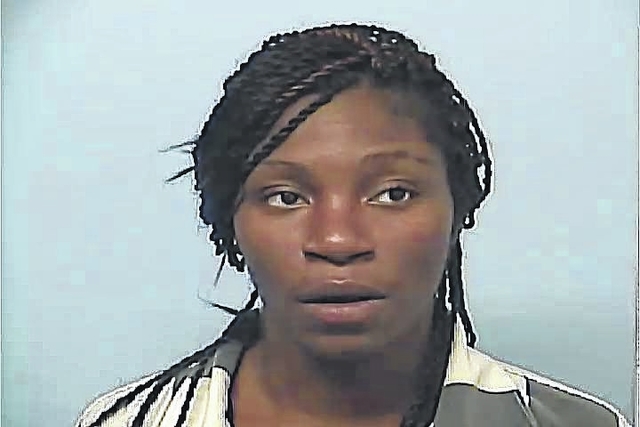 Law enforcement officers arrested Cherise Newton, 21, of Murphy Avenue, the last of four suspects wanted in connection to the April 14 shooting murder of Tony Kennedy in the 200 block of McGregor Street. LPD investigators allege Newton was the getaway driver for the three other suspects during the shooting.

Newton was found at a community pool at The Columns at White Oak apartments in Newnan by the U.S. Marshal’s Service, which was working off a tip that came in to the LaGrange Police Department, said LPD Lt. Dale Strickland.

She was taken into custody on an active arrest warrant for failure to appear through an original charge of disorderly conduct, according to a police report.

LPD investigators said Newton was booked into Troup County Jail, where she was then charged with murder, five counts of aggravated assault and participation in criminal street gang activity.

Christopher Foster, 17, of McGregor Street; Tyler Dunson, 17, of Belk Street; and Cordarius Collier, 20, of Smoot Street have already been arrested in connection with the shooting. Each also faces charges of murder, five counts of aggravated assault and possession of a firearm during the commission of a crime.

The five counts of aggravated assault stem from shots fired at the victim, Kennedy, and four other people who were with him when the shooting occurred, causing the threat of bodily harm to all five, said LPD detectives.

Strickland said Newton will have her first appearance in court Friday.