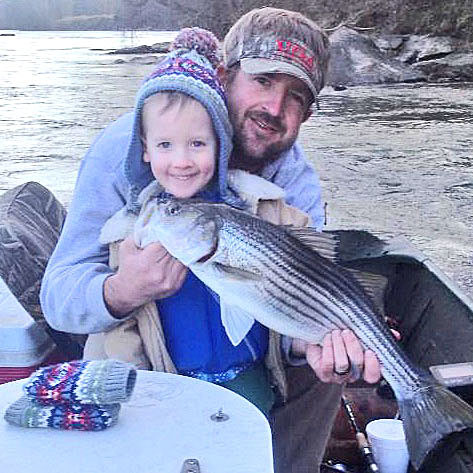 A fishing tournament is set for Saturday at Highland Marina on West Point Lake in honor of Jason Dewberry, who passed away June 6. The event will also feature family activities, live music, an auction and a raffle. Proceeds will benefit Dewberry’s wife and three children.

http://lagrangenews.com/wp-content/uploads/sites/37/2015/07/web1_WEB0731Dewberry3.jpgA fishing tournament is set for Saturday at Highland Marina on West Point Lake in honor of Jason Dewberry, who passed away June 6. The event will also feature family activities, live music, an auction and a raffle. Proceeds will benefit Dewberry’s wife and three children.

LaGRANGE — A memorial bass fishing tournament is set for West Point Lake on Saturday in honor of Jason Dewberry, a Newnan resident who passed away June 6. Proceeds from the tournament will benefit his wife and three young children.

Kenny Johnson, a local angler and captain of the University of West Georgia Bass Fishing Club, organized the tournament, which will include food, live music and family events at Highland Marina.

“When I got the news that Jason had passed, it came as a shock,” said Johnson. “I kept thinking about his wife and kids, and I wanted to do something to help them out.”

Johnson said that Dewberry loved to fish and often spent his weekends on West Point Lake with his children. Dewberry was a truck driver who also worked with his father’s construction company.

“He was a great guy who worked hard to provide for his family,” said Johnson. “Everybody who knew him knew that he loved to fish, so I thought this would be fitting way to remember him.”

The tournament is set to begin at daylight with the official weigh-in time scheduled for 3 p.m. Johnson said that anyone from the community is invited and there will be something for everyone to enjoy.

“We’re going to have stuff for kids like water slides, bounce houses and dunk tanks,” said Johnson. “We also have some pretty neat raffle items that we will be auctioning off and drawing raffle tickets for.”

Raffle items for the event include signed memorabilia from country music artists Merle Haggard and Alan Jackson, as well as Atlanta Braves tickets.

“We’ll be having a raffle that includes tons of fishing gear and tackle,” said Johnson. “Items also include merchandise donated by local businesses and also gift cards to some local restaurants.”

Johnson said that the festivities will begin at 1 p.m. The event will also provide food and drinks to participants. The Josh Rogers Band is set to perform following the weigh in and raffle. The event is scheduled to last until 7 p.m.

“There will be a cash prize for the top seven finishers in the tournament,” said Johnson. “A percentage of all proceeds will be donated to the Dewberry family.”

Entry fee for the tournament is $100 with an optional $10 “Big Fish” entry fee. Sign up for the contest will be open at 4 a.m. Saturday. Highland Marina is located at 1000 Seminole Road.

“We’re expecting to have at least 50 boats show up, so it’s going to be a good competition,” said Johnson. “We’re inviting anyone who wants to come out and help donate to the family or take part in our auction and raffle. We would also like to thank Highland Marina for donating their facilities to us.”