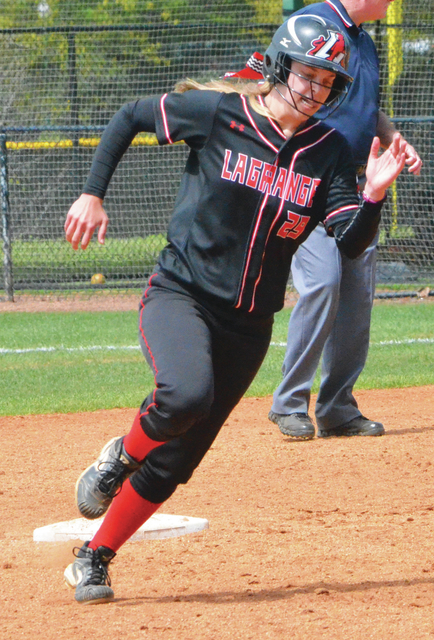 LAGRANGE – It wasn’t a fun day.

On a Saturday afternoon in March, the LaGrange College softball team welcomed Averett to town for a doubleheader.

Averett was the front-runner in the USA South at the time, and it had been steamrolling every team in its way.

That trend continued that day, with Averett sweeping the doubleheader by scores of 11-0 and 15-4.

Flash forward about three weeks, and those same two teams were squaring off again, this time in the USA South tournament.

It was a much different story.

“We were confident going in,” LaGrange College head coach Jennifer Claybrook said last week at the youth softball camp she offers each year. “My girls at tournament time, they wanted to continue to play. They love the game, they love playing ball together.”

That win propelled the Panthers to the USA South tournament championship and secured an invitation to the NCAA Division III national tournament.

Claybrook said everything the team did during the regular season was in preparation for the conference tournament.

“We prepare all year for this,” she said. “You give up a few games here and there just to figure things out. We want to make sure when we go to the tournament we have the right lineup in.”

The Panthers did a lot of their damage with the long ball last season.

LaGrange College hit 25 home runs in the spring, which was an improvement over the 18 home runs the team hit the year before.

During the 2013 season, the Panthers only had nine home runs, and they managed just three home runs in 2012.

Last spring, there were five players who hit at least three home runs, including Wolfe, who led the way with seven homers.

Adrienne Little also hit a home run for the Panthers.

“This year we had a little more firepower in our offense,” Claybrook said. “So we never felt like we were out of the game. It was nice to have that. That helped with our pitching. Our pitchers would stay up, because they knew we would get a home run here or there. There weren’t too many games where we didn’t get a home run.”

Claybrook said the extra power came about in large part because of the efforts of the players who take part in the school’s strength program run by Jeff Geeter.

“We had a big commitment to our strength program with exercise science helping us,” Claybrook said. “We were really excited.”

The future look bright as well for the Panthers.

Five seniors will need to be replaced, but a stellar group of players returns, including Gravett, who led the team with a .386 average while driving in 23 runs.