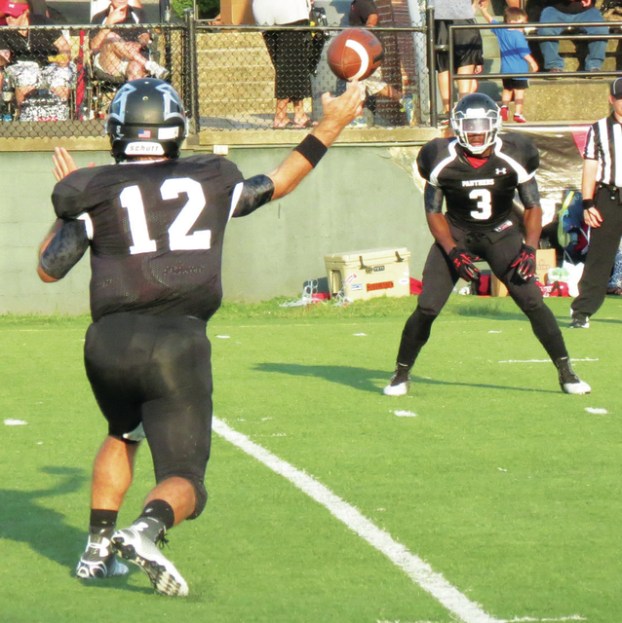 LaGrange College’s Sequoah Humes looks for running room during a game against Berry College last season. Humes will be one of the key returning players for the Panthers this season. Kevin Eckleberry | Daily News

http://lagrangenews.com/wp-content/uploads/sites/37/2015/08/web1_9-15-panthers-humes2.jpgLaGrange College’s Sequoah Humes looks for running room during a game against Berry College last season. Humes will be one of the key returning players for the Panthers this season. Kevin Eckleberry | Daily News LaGrange College’s Michael Gray waits on a pass from quarterback Graham Craig during a game last season. Gray will be a part of a deep and talented wide receiver corps. Kevin Eckleberry | Daily News

http://lagrangenews.com/wp-content/uploads/sites/37/2015/08/web1_8-3-panthers4-gray.jpgLaGrange College’s Michael Gray waits on a pass from quarterback Graham Craig during a game last season. Gray will be a part of a deep and talented wide receiver corps. Kevin Eckleberry | Daily News

LAGRANGE – He spent a lot of time saying thanks.

During his time at the podium at the USA South media day, LaGrange College head coach Matt Mumme offered a thank you to a lot of people who help put a football program together.

The extensive list included the folks he works with at the college, who he called “an amazing group of people.”

It also included his fellow coaches, who he heaped plenty of praise on.

“These guys, I wouldn’t be anywhere without these guys,” Mumme said. “They go above the call of duty to get done what we need to get done. They go out and they find the recruits that not only fit LaGrange College from the academic standpoint, but also fit the LaGrange College football program. These guys put in a lot of hours, and they put in a lot of hard work, and I wish I could pay them all a ton of money, but I’m just very fortunate to work with each and every one of them.”

Mumme saved his final thank you for the men who are the most important part of a football team, the players.

“At the end of the day, this game is about them,” Mumme said. “It’s about putting them in position to have an opportunity to be successful, and then just letting them go out and have fun, and play the game of football on Saturdays.”

Mumme added that “we really believe in that family atmosphere. We want our guys to feel at home, when they’re away from home. We really feel like in doing that that our retention numbers will go up, and they have in the last couple of years, and we’ll be able to bring more LaGrange football players in, and have a larger family and have a chance to grow some of these guys up and be more experienced.”

It was Mumme’s second opportunity to speak at the annual gathering of the USA South football coaches.

Mumme came to LaGrange College in 2013 to be the offensive coordinator, and he took over as head coach with three games remaining in that season.

A year ago, in his first full season as head coach, the Panthers posted their second consecutive 5-5 season.

“I don’t think we really finished where we had hoped. But we’re still making great strides,” Mumme said. “We had 18 seniors out of that class that graduated this last May. It was one of the largest classes at LaGrange College.”

While Mumme is happy to see last year’s seniors receive their diplomas, their absence will be felt.

Among the players who graduated was Graham Craig, a two-year starter at quarterback who was among the best NCAA Division III quarterbacks in the country.

“We lost a lot of guys. So we’re going to look to fill some holes,” Mumme said. “Our big focus this year in recruiting was to go out and fill some of those holes, and bring guys in we felt were going to help move the program forward. And my coaches did that.”

Mumme added that “we’re very pleased that we get to recruit in the Southeast. The Southeast is a great place to find players. There’s a large amount of talent. We can go out and find the guys that we really feel can come in and help our program.”

The newcomers will be joining a team that, despite the loss of last year’s seniors, has plenty of talented players returning.

“We’re very optimistic,” Mumme said. “We’ve got a great group of guys back.”

Mumme took time to talk about some of the key players returning on both sides of the football.

On offense, senior Ryan Holland will anchor the offensive line as the only returning starter at that position.

Mumme said Holland, a right tackle, “is an extremely important person to anchor the foundation of that O-line.”

Holland will be doing a lot of pass-blocking.

Mumme came to LaGrange College before the 2013 season to install a pass-oriented offense, and that’s what he’s done.

The Panthers do have running backs, though, and Mumme said they provide a critical contribution.

The Panthers’ top two returning running backs are Sequoah Humes and Lord Smith, who combined to run for more than 500 yards a year ago.

Humes was effective in the passing game with 14 catches.

Sophomore Connor Blair will likely take over for Craig as the Panthers’ quarterback, and he’ll have an experienced group of receivers to throw to, including Ervens Oge, who was second on the team with 55 catches last year.

Also back is Michael Gray, who led the team with eight touchdown catches last season.

On defense, the Panthers’ top returning player is linebacker Larry Murdock, who led the team with 81 tackles.

Fellow linebacker Nick Raszeja was third on the team with 54 tackles last season.

“One of our youngest coaches, Sean McNamee, has done a tremendous job with our linebacking corps this past spring,” Mumme said. “They won the highest GPA award, so we’re definitely proud of them.”

In the defensive backfield, Brandon Penn and Jordan Daniels are returning starters, and Darius Jordan is now a defensive back after playing offense a year ago.

Nick Rowell and Shaun Nichols return to anchor things on the defensive line.

The defense is led by Earl Chambers, who is in his second season as the defensive coordinator.

“He’s done a tremendous job for us on the defensive side,” Mumme said. “We definitely had a little bit of a learning curve last year with an inexperienced defense, but we’re looking for big things out of this group this year.”

The Panthers will begin preseason practice on Aug. 13, and three weeks later they’ll begin what they hope will be a big season.