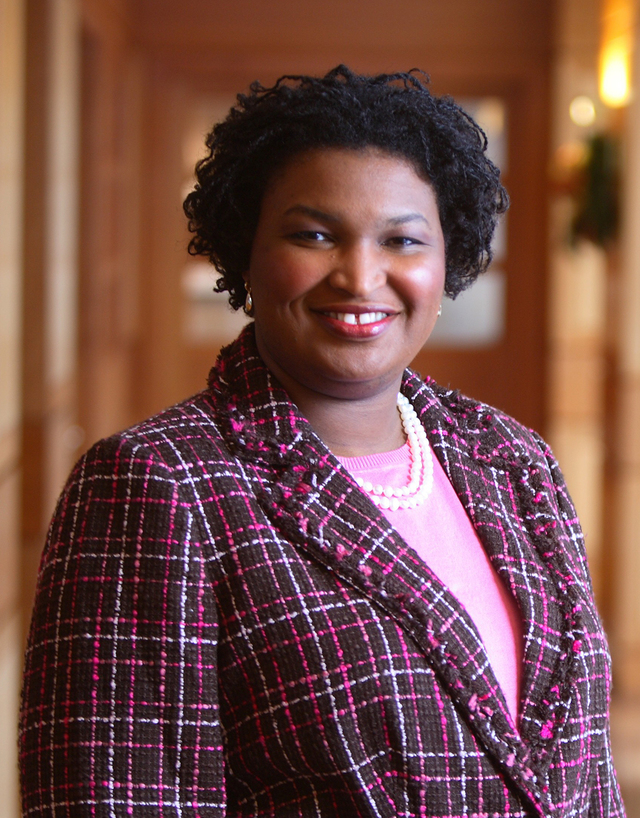 Abrams is the first woman to lead either party in the state general assembly and the first African-American to lead in the House of Representatives.

Abrams received the 2012 John F. Kennedy New Frontier Award, honoring an elected official under 40 whose work demonstrates the impact of elective public service as a way to address public challenges. She has also been recognized nationally as one of 12 Rising Legislators to Watch by Governing magazine, as well as a 2014 Governing magazine Public Official of the Year, and one of the 100 Most Influential Georgians by Georgia Trend in 2012 and 2013.

In other ventures, she co-founded NOWaccount Network Corp., a financial services firm, serving as Senior Vice President, as well as Nourish Inc., a beverage company focused on infants and toddlers.

She received her J.D. from Yale Law School, graduated from the LBJ School of Public Affairs at the University of Texas at Austin with a M.P.A. in public policy and received her bachelor’s degree in interdisciplinary studies from Spelman College.

LaGrange College will provide coffee and networking in the McLellan Parlor at 7 a.m. prior to the breakfast, to be provided by Tulla White Cuisine and Catering.

Anyone interested in attending the breakfast should call the chamber at 706-884-8671 or register online at www.lagrangechamber.com. Registration ends Friday.