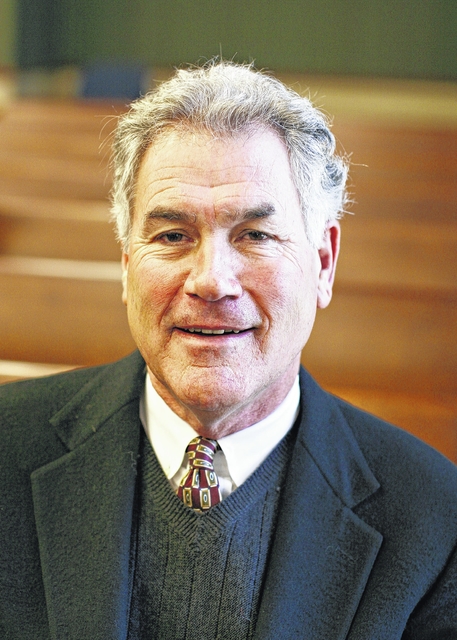 Ricky Wolfe of LaGrange has been named to a position on the leadership team of the college’s Servant Scholars program. He will be joining Dr. Jack Slay, founding director, in the endeavor.

“Mr. Wolfe will enrich the capacity of the program to effect transformative change within the community,” said Dr. David Garrison, provost. “He will provide a model of the engaged, active citizen who combines visionary insight, practical knowledge and broad-minded service to improve lives.”

“Ricky brings years of experience as a humanitarian and a leader,” he said. “His work as founder of (DASH) Dependable Affordable Sustainable Housing of LaGrange, as well as his years as Troup County commission chair, give him invaluable expertise that can only enhance the lives of our students and our community.”

The Servant Scholars program began in the fall of 2012. The initiative prepares aca­demically gifted and highly motivated students to become ethical and caring leaders in their communities, and was designed to be equally focused on service and academics, McAlexander said.

“The program very intentionally provides a two-year focus on scholarship directed at addressing community concerns,” he said. “On top of their academic-major courses, the students are required to take additional classes developed specifically for Servant Scholars.”

Wolfe said he is honored to have been asked to work with the program.

“I am so glad the college has the faith in me that I can offer something to these young people,” he said. “I’m excited to be working with Jack Slay, as well as with the students.”

Wolfe said he hopes that he’ll be able to share some of the things he’s learned during his years of service to the community, and he is looking forward to learning from the scholars, as well.

“I am confident that at the end of the day, I’ll be able to say that I’ve learned as much from the students as they have learned from me,” he said.

Wolfe graduated from LaGrange High School and attended Georgia Tech on a full football scholarship. He earned a bachelor’s degree in industrial management at Georgia Tech and is a graduate of the advanced management program of Harvard Business School.

Wolfe held management positions in textile firms in Opelika, Alabama; New Braunfels, Texas; Rock Hill, South Carolina; and Anderson, South Carolina. He was one of three principle owners of an electronics company, helping build the firm into a three-continent corporation with 4,000 employees.

He retired from business in 1997 and returned to LaGrange in 1998, where he began a second career as a humanitarian. In 2002, he helped found DASH of LaGrange.

Since then, almost 200 single-family houses have been constructed or rehabilitated, and more than 230 rental units have been developed. DASH has attracted more than $700 million in investments into work force housing.

He has twice received the Service Above Self Citizen of the Year award from the LaGrange Rotary Club, and was the recipient of a Doctorate of Humanities honorary degree from LaGrange College in 2015 for his humanitarian service.

He is married to Lynn Cosper Wolfe and they have four children.

Slay said he is eager to have Wolfe join the team, and anticipates the contributions he will bring.

“He will infuse the program with his experience and expertise,” Slay said. “He’ll also bring new components and new directions.