Callaway returning to Hogansville for game 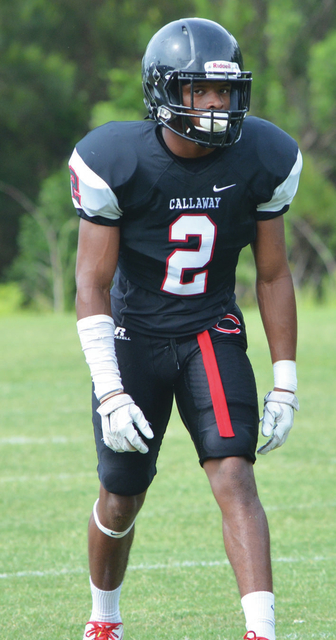 Dre Martin, who’ll be a wide receiver and a free safety this season, and his Callaway teammates will take on Greenville in a preseason game on Friday in Hogansville. Kevin Eckleberry | Daily News

http://lagrangenews.com/wp-content/uploads/sites/37/2015/08/web1_8-13-callaway5.jpgDre Martin, who’ll be a wide receiver and a free safety this season, and his Callaway teammates will take on Greenville in a preseason game on Friday in Hogansville. Kevin Eckleberry | Daily News

HOGANSVILLE – It has been 20 years since Hogansville High played a football game.

Hogansville High played its final football game in the fall of 1995, and the school closed its doors the following spring.

While Hogansville High is no more, the stadium where the team played its games is still standing, and for the past decade it has hosted a preseason game every year.

When Pete Wiggins took over as Callaway’s head coach before the 2005 season, he wanted to make sure to maintain the Hogansville connection, and he decided a good way to do that would be to play a preseason game at Hendrix Field.

On Friday, Callaway will be back in Hogansville, and has been the case for most of the past decade, the opponent will be Greenville.

Greenville and Hogansville were long-time rivals, and in the final meeting between the two teams in 1995, Greenville won 7-6.

Callaway played Carver the first time the preseason game was played in Hogansville, and it also played Shaw one year.

Mostly, though, Callaway’s preseason opponent has been Greenville.

“The game in Hogansville is very special to our community,” said Wiggins, who is heading into his 11th season as Callaway’s head coach. “The tradition, from Hogansville High School, and the tradition of the Hogansville and Greenville game is big. It’s big for both communities, and you love hearing the stories from past games, and past players. We think that it’s great to carry on that tradition. We really enjoy the game, and think that it’s great for our school and our community.”

Greenville went 5-6 last season, and it lost to Marion County in the first round of the Class A state playoffs.

Callaway went 7-5 last season and reached the second round of the Class AAA state playoffs where it lost to Washington County.

It was the ninth consecutive season Callaway reached the state playoffs under Wiggins.

Callaway will open the regular season next week against LaGrange.

“It’ll be a hard-nosed physical game,” Wiggins said of the Greenville game. “Hopefully it’ll help us get better and prepare us for the next week and ultimately the region.”

Callaway will play five non-region games before beginning its Region 5-AAA schedule against Cedartown on Oct. 8.

Callaway finished second in the region to Central-Carroll last season.