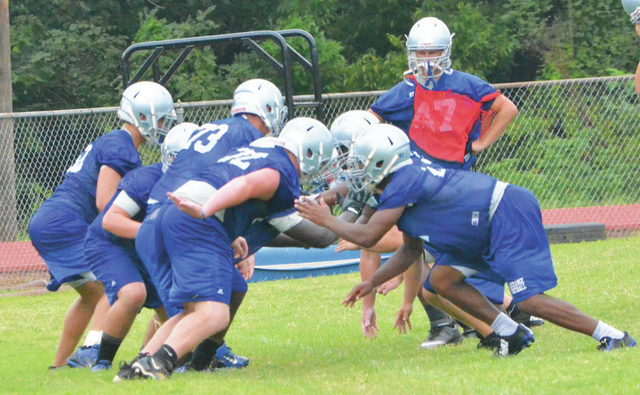 LAGRANGE – A week from today, the LaGrange Grangers will be playing before a packed house at Callaway Stadium as they take on the Callaway Cavaliers for the second straight year.

In their only preseason game, the Grangers will host the Newnan Cougars today at 7:30 p.m. in the renewal of a rivalry that dates back more than 100 years.

Head coach Dialleo Burks said the game will give the Grangers a chance to “see where we are with our base schemes, how well we execute. We’re not going to get fancy at all. If we can execute our base stuff, we’ll be OK.”

Newnan is looking to rebound from its first losing season since 2005.

“It seems long, but it’s been short because we haven’t really been in pads too many days,” McDonald said of preseason practice. “I think the guys are excited. There’s a lot of history between the two teams going back 100 years.”

Chancellor Johnson is back at quarterback for Newnan, and linebacker Emanuel Bridges, who has committed to Georgia Tech, headlines the defense.

LaGrange finished third in Region 1-AAAAA to make the state playoffs, and it lost to Houston County in the first round.

Also today, Callaway will be in Hogansville for a preseason game against Greenville, with kickoff set for 7 p.m.

Greenville went 5-6 last season and lost in the opening round of the Class A state playoffs.

Callaway was 7-5 a year ago, and it advanced to the second round of the Class AAA state playoffs before falling to Washington County.

“It’ll be a hard-nosed physical game,” Wiggins said. “Hopefully it’ll help us get better and prepare us for the next week and ultimately the region.”