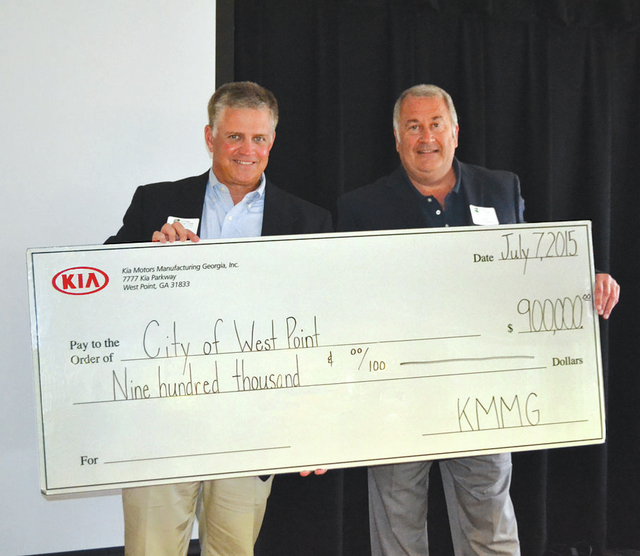 “The city of West Point and THINC College and Career Academy are vital partners for KMMG now and in the years ahead,” said Randy Jackson, KMMG’s senior vice president of human resources and administration. “KMMG is committed to being a good corporate citizen and we know that our success would not be possible without the unwavering spirit of teamwork we have seen in this region.”

THINC College and Career Academy is a charter school that celebrated its grand opening on July 30 and began classes on Aug. 10. It will utilize partnerships with local businesses and industries to better prepare students for college and careers.

THINC provides students with a variety of different pathways and career exploration opportunities and also gives students the opportunity to receive college credit through advanced placement courses and dual-enrollment.

“We are so happy with Kia’s vision and willingness to support students in this region,” said Kathy Carlisle, CEO of THINC. “This funding and Kia’s great leadership are paving the way for such a bright future for so many students.”