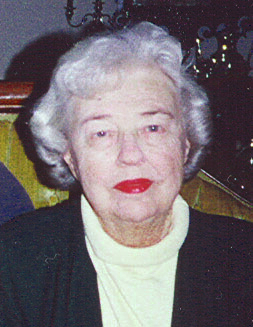 Augusts past, 50 years ago.

This announcement was made this morning by Sen. Richard Russell in Washington.

The Georgia senator also announced that $75,000 has been approved to continue the feasibility study for extending navigation on the Chattahoochee River from Columbus to Atlanta.

Construction on the giant West Point Dam, a $54 million project, is scheduled to start in January of next year. Land purchasing by the government for the dam site already is underway.

LaGrange School Board Adopts Integration Plan — The LaGrange Board of Education adopted a third plan for complying with the 1964 Civil Rights Act at a special meeting Wednesday afternoon.

The board, which has adopted two compliance plans, made changes in the previous plans after notice had been received that the plan would have to be revised before it would be approved by the U.S. Department of Health, Education and Welfare.

A.U. Priester Jr., chairman of the LaGrange Board of Education, and school Superintendent B.A. Lancaster issued a joint statement today with reference to the board’s action, as follows:

“Our No. 1 objective in the LaGrange public schools is to provide quality education for every boy and girl in the system. To make the best possible learning situations available to each individual child shall always be our goal. As good citizens we will obey the laws of our country. We trust that every person in the community will support wholeheartedly all efforts made to offer a good educational program within the frame work of the Civil Rights Act of 1964.”

The plane, en route from Atlanta to Columbus, landed after the emergency warning light and horn notified the crew of fire. There was no fire.

The pilot, Capt. J.D. Hallahand, landed the plane here and a repair crew was sent to check the plane’s warning system. No injuries were reported and buses were sent from Atlanta to carry the passengers on to Columbus. The plane left this morning at approximately 1:30 a.m.

According to Bill Freeman, airport manager, the two-engine plane was the first such commercial airplane to make an emergency landing of this type at the Callaway Airport.

Old Troup Mine Now Tourist Attraction — A former mining industry in LaGrange has been converted into a tourist attraction — one where valuable stones are available for the digging.

Twenty-five to 200 tourists per day are finding stones at the Beryl Mine off Whitesville Road, four miles south of LaGrange. For $2 per day, you can dig from sun up until dark for the rare minerals.

The local mine is rich in history. Before and for a time after the Civil War, the mine supplied the window panes for most of the homes in this section of the state. Instead of glass panes the windows were huge sheets of clear mica. During World War II, the mine supplied the strategic war material beryllium, used in certain related atomic processes. This function of the mines continued through the early 1950s.

Also found there are white quartz, aquamarines and black tourmalines. As a source of gems, the Beryl Mine provides the world’s only supply of asteriated rose quartz.

The local mine is owned and operated by Mr. and Mrs. Ed Schwab.

Covered Bridge Moved To Gardens — An historic landmark, the Harmony Road covered bridge was given to Callaway Gardens by the Troup County Board of Commissioners several months ago.

On Monday afternoon cranes removed the top of the bridge and will move and restore the bridge on one of the many flower trails at the gardens. The bridge will have a marker stating that it was located in Troup County.

Thrifty? The Defense Department recently announced plans to bring out a new publication.

In a town oversupplied with government pamphlets this would have caused no stir except for two things:

Its subject: how the Defense Department has saved the taxpayer’s money.