Cavaliers light up the scoreboard in preseason game 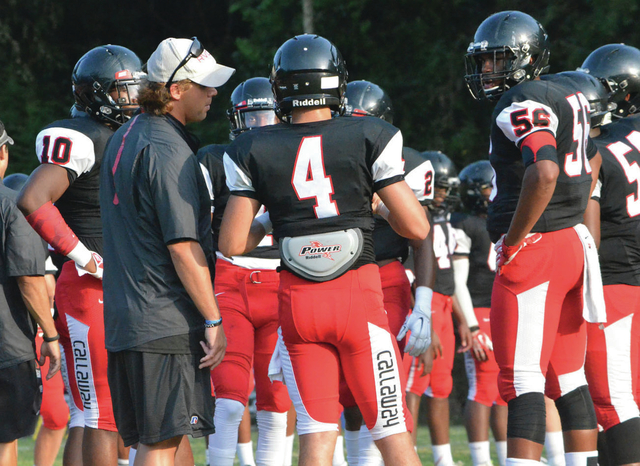 HOGANSVILLE – The Callaway Cavaliers put on a show.

Facing the Greenville Patriots in their annual preseason game in Hogansville, the Cavaliers scored on their first play from scrimmage, and they were off and running.

Callaway, which opens its season this week against LaGrange, rolled to a 57-21 victory at Hendrix Field.

It was a 38-13 game at the half, and the Cavaliers added three more touchdowns in the second half with the reserves in the game.

With quarterback Braylon Sanders unable to go at quarterback because of an injury, Dylan Johnson got the start, and the junior was sharp, leading the Cavaliers to six first-half scoring drives.

The first drive, if you can call it that, lasted all of one play, with senior running back Cedric Maynard going 70 yards for a touchdown.

That was the first of two touchdown runs for Maynard.

Tyrek Frazier, who like Maynard is an explosive running back, had a long touchdown run in the first half of more than 60 yards.

In the second half, running backs Dominique Copeland and Gabriel Moultrie and quarterback Travis Traylor each had touchdown runs.

Also on Friday, LaGrange hosted a preseason game against Newnan, and it was a hard-fought game, with the visiting Cougars securing a 14-13 victory.

Perry threw a 20-yard touchdown pass to Mike Hardy, and Kimani Barnes had a 1-yard scoring run in the third quarter.

Troup played the first of its two preseason games on Thursday against Spencer.