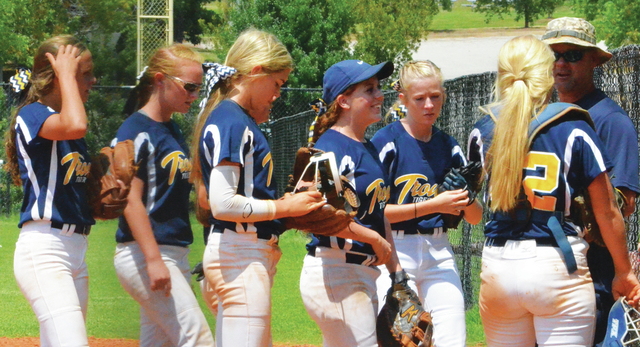 LAGRANGE – It was a breakthrough season for the Troup High softball team.

Heading into the 2014 season, a Troup softball team hadn’t reached the state playoffs in five years.

That changed a year ago, with Troup finishing fourth in Region 5-AAAA to earn an invitation to the state tournament.

The Lady Tigers will begin their quest for a second straight trip to state today when they kick off their region schedule with a game against Fayette County.

There will be a region tournament at the close of the regular season, but only the top four finishers will participate, and those will be the four teams to represent the region in the state tournament.

That means that every region game is critically important, beginning with today’s game in Fayetteville.

Troup will play every team in the region twice, and if it is one of the top four teams, it will make a second straight trip to the state tournament.

“The way we set it up, only the top four seeds to the region tournament, so you have to make sure in the regular season you take care of business,” Troup coach Blair Shimandle said. “The teams you’re supposed to beat, you’ve got to beat them. And the teams that are stronger, you have to make sure you’re battling with them, and you have to take a couple of games from them if you want to put yourself in a good seed.”

Last season, it was Carrollton, Woodward Academy, Whitewater and Troup making the playoffs, with Fayette County and Sandy Creek coming up short.

Troup all but guaranteed itself a spot at state with a big road win over Woodward Academy last season.

After that win, though, the Lady Tigers struggled the rest of the way.

“Once we qualified for state, I felt like we were satisfied,” Shimandle said. “We struggled that second half of the season.”

Shimandle said a key focus this year has been making sure to keep playing with the same focus and intensity the entire season.

Troup brings a 3-3 record into region play after going 3-2 in the Callaway Classic last weekend.

LaGrange (3-3), which posted a 2-3 record in the Callaway Classic, will also begin its Region 1-AAAAA schedule today.

LaGrange, which finished fourth in the region last season to make it to state, will host Hardaway today in its region opener.

Those two teams played on Saturday, with LaGrange accumulating 15 hits on the way to a 14-6 victory.

Lauren Kuerzi did a lot of the damage for LaGrange with four hits and six RBIs, and she did that in a game shortened to four innings.

LaGrange is part of a seven-team region along with Hardaway, Carver, Northside, Shaw, Columbus, and Harris County.

Shaw, Carver and Hardaway were the three teams that didn’t make it to state.

Callaway (4-2), which went 4-1 in the Callaway Classic, won’t open its Region 5-AAA schedule until Aug. 25 when it visits Pepperell.

Callaway does have some big games to play this week, though, including a home showdown with defending state-champion Heard County today.

“We’ve got a big one on Tuesday versus Heard at our place,” Callaway coach Ashley Summerlin said. “I like watching them play. I’ve got a lot of respect for coach (Matt) Hornsby and what they do, and what they’ve been able to accomplish. We need to strap it up and play.”

Troup will be back at home on Wednesday for a game against Troup.