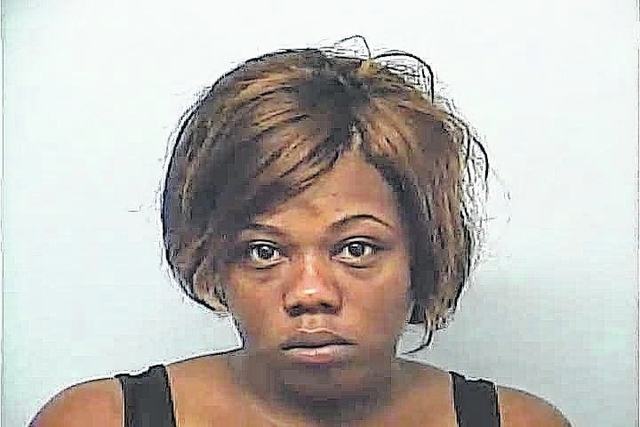 LaGRANGE — Five people are charged in an alleged human trafficking and prostitution ring in a LaGrange motel involving a 16-year-old girl, and the alleged ring may reach across state lines.

Detectives with the LaGrange Police Department’s Special Investigation Unit, or SIU, said they discovered the illegal organization while answering another call at the Super 8 motel off Patillo Road Friday night.

Sgt. Mark Cavender, head of the SIU division, said he and his investigators made contact with the 16-year-old juvenile inside the motel and asked her why she was in a room without her parents.

After investigating the teen and three women with her, detectives allegedly found an ad on classified advertising website backpage.com featuring the four females offering rates for different sexual acts they were willing to perform.

Cavender said through speaking with the youth, investigators learned all four women were from Columbus. The teen allegedly told investigators she met the three older women, and they told her how much money they were making as escorts. The three adult females then helped the juvenile set up an account with nearly nude pictures offering sexual services and posted the ad to the website, stated Cavendar.

SIU investigators also learned the women allegedly had two male pimps who would bring the females to LaGrange and tell the girls how much to make that night. According to Cavender, if the women did not make their share, the males would leave them at the motel until they could earn their way back home.

Cavender said the two males are believed to run a prostitution ring as far east as Savannah and reaching into Atlanta and Alabama.

Investigators arrested all four females and one of the two suspected male pimps. Cavender said the second alleged pimp got away before officers could arrest him.

According to Cavender, the 16-year-old, whose identity wasn’t released because she is a juvenile, was charged with one count of prostitution. Cavendar said she was a runaway, so she was returned to her family in Columbus.

The three females, identified by police as Cynthia Scott, 20; Alyssa Sandoval, 23; and Ashley Thrash, 21, all of Columbus, were booked into the Troup County Jail with $17,000 bond each. They were each charged with one count of prostitution, one count of human trafficking with the purpose of sexual servitude and one count of contributing to the delinquency of a minor.

Jamal Brown, 26, also from Columbus, was charged with one count of pimping, one count of human trafficking with the purpose of sexual servitude and one count of contributing to the delinquency of a minor. He was being held in Troup County Jail this morning without bond.

As of Monday evening, investigators were still searching for the second man.