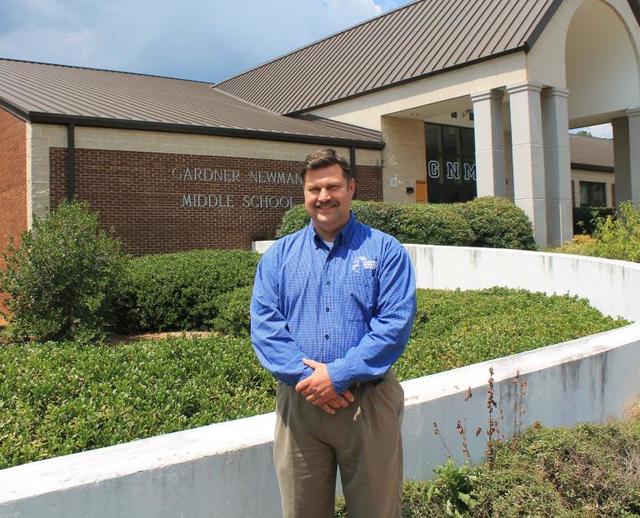 Derek Pitts knows building relationships — creating an environment for positive communications and parental involvement will be key as he ventured into the role of principal at Gardner Newman Middle School this school year.

He has 21 years’ experience in administration, with 15 years as a principal. His principal posts include elementary, middle, high and alternative schools. In addition to his extensive administration background, he has been a science and P.E. teacher, as well as a middle school head football coach, a high school tennis coach and a junior varsity girls’ basketball coach.

The summer was a busy one for Pitts. He closed out the end of one year, participated in professional learning, attended orientations and prepped to start his first year at Gardner Newman.

In addition, Pitts was putting things in place, looking at budgets, planning for next year, reviewing and tweaking school improvement plans and really honing in on the strategic focus of the school. He was also preparing his new staff for full implementation of the Positive Behavior Intervention System, or PBIS, at the school level.

Luckily, PBIS is not new to him, as he instilled the intervention system’s structure and components at his former school, Maggie Brown Alternative Middle School, in Coweta County.

A family-oriented man, Pitts is also involved as a youth leader in his church, where he and his wife work with the middle school group.

He and his wife have three daughters, one of which is also an educator.