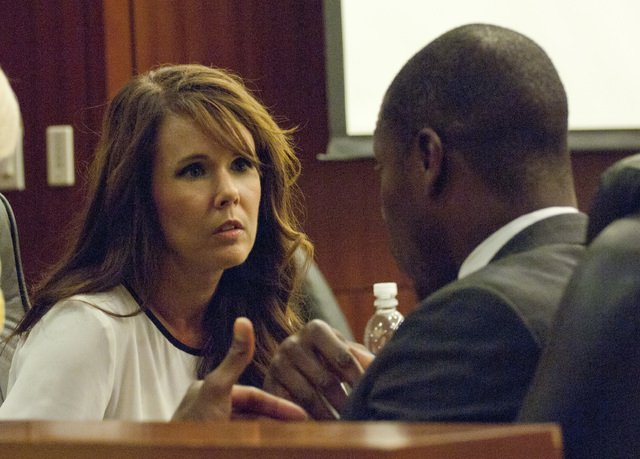 Dana M. Owens, 39, testifies while on trial for arson in Troup County Superior Court on Thursday. Prosecutors allege Owens tried to burn down her home in 2013 for insurance money; she denies the claim.

http://lagrangenews.com/wp-content/uploads/sites/37/2015/08/web1_WEB0821ArsonTrial1.jpgDana M. Owens, 39, testifies while on trial for arson in Troup County Superior Court on Thursday. Prosecutors allege Owens tried to burn down her home in 2013 for insurance money; she denies the claim. Dana M. Owens, 39, speaks with her attorney, Stacey S. Jackson, while on trial for arson in Troup County Superior Court on Thursday. Prosecutors allege Owens tried to burn down her home in 2013 for insurance money; she denies the claim.

http://lagrangenews.com/wp-content/uploads/sites/37/2015/08/web1_WEB0821ArsonTrail21.jpgDana M. Owens, 39, speaks with her attorney, Stacey S. Jackson, while on trial for arson in Troup County Superior Court on Thursday. Prosecutors allege Owens tried to burn down her home in 2013 for insurance money; she denies the claim.

LaGRANGE — A woman who law enforcement officials claim tried to burn down her home in 2013 for insurance money testified at trial Thursday in Troup County Superior Court.

Dana M. Owens, 39, is charged with two counts of arson and could face up to 40 years and $100,000 fine. She took the witness stand and repeatedly denied having any knowledge of how the fire started. She cried through nearly the entire testimony as her attorney, Columbus-based Stacey S. Jackson, asked her about what she remembered from the evening.

The prosecutor, Assistant District Attorney Ray C. Mayer, objected several times throughout the testimony as Owens went off topic from the questions asked by her attorney; she spontaneously spoke about how the testimony was “the hardest thing I’ve ever had to do in my life,” and at one point appeared to accuse her former husband of domestic violence.

Owens claims that on Jan. 8, 2013 — the date of the fire — she received a telephone call from her then-husband while she was at her parents’ house and her husband was out of town. He told her their alarm company had notified him of a possible fire in the home, located at 3016 Georgia Highway 18 outside West Point. Smoke was detected, the company told him. After her husband called her, she went to the home and found firetrucks already on the scene.

She told the court that firefighters had instructed her not to go in the home, but she sneaked in through a back door and began retrieving items from the house and placing them in a barn 100 yards away from the house.

Investigators would later find a mountain of items inside the barn — packed suit cases, hair driers, computers, bills and paperwork, family photos, drapes, a camera, and clothes on hangers, among some of the items. Witnesses who came to the house during the fire, including firefighters, have no recollection of seeing Owens moving any of the items after the fire, according to the prosecution.

The assistant district attorney claims Owens planned to start the fire because she was having financial and marital problems and wanted to cash in on a homeowners insurance policy. Owens claims she has no idea how the fire started and moved some of the items immediately after the fire and the rest were already in the barn.

Owens’ previous home burned to the ground and her insurance company paid her and her husband’s claim. The new home they built — the one she’s standing trial for allegedly trying to burn down — is eight bedrooms, four baths, nearly 5,500 square feet and cost almost $720,000. It still stands today, although no one lives there and it’s been damaged by mold and burglars, Owens testified.

Firefighters extinguished an initial fire at the first home — which Owens said burned in 2006, but appraisal records cite as 2007 — in the evening, but overnight the house caught fire again and burned completely, Owens said.

Although investigators think it is suspicious that Owens had so many personal items in her barn, she claimed from the stand that she was “moving stuff all the time,” and that she was storing the items there while she was re-organizing rooms in her home.

Only Owens’ attorney questioned her Thursday. Today, the prosecution will have an opportunity to cross examine Owens.

Read LaGrange Daily News online and in print for updates on this case as it progresses.