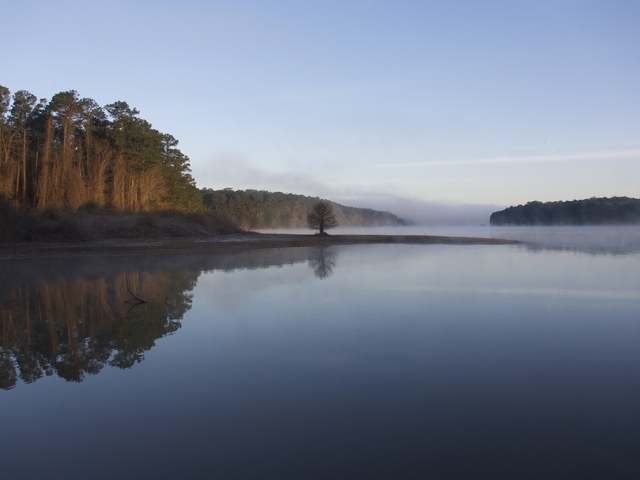 The judge ruled in a Clean Water Act complaint brought by Chattahoochee Riverkeeper, or CRK, which discovered and reported the dumping.

Locally, the pollution may have had little impact on the quality of West Point Lake, but Henry Jacobs, the middle Chattahoochee Riverkeeper’s regional outreach director, said the fine shows CRK is serious about protecting the waterway.

“That incident itself had minimal, if any, impact on West Point Lake,” he said. “It really impacted the local tributary and the river about five miles below it, but the important impact is that it sends a clear message to companies in Atlanta and across Georgia that they’re not just going to get a slap on the wrist any more; it’s a wake up call. It’s been a long time coming, especially for communities like LaGrange that have been downstream from Atlanta.”

CRK filed its lawsuit against the asphalt sealant manufacturer in the summer of 2014 after discovering that it was operating without an industrial storm water permit in clear violation of the Clean Water Act, and was repeatedly and intentionally dumping toxins into a tributary that flows into the Chattahoochee River less than 1,000 feet away. When CRK offered Sealcoat a settlement and assistance in remediation, the chemical manufacturer refused to cooperate, opting instead to abandon its operations and flee the state, according to CRK officials.

The court’s decision, which was passed down Aug. 13, underlines the seriousness of Sealcoat’s toxic pollution and delivers a strong affirmation that contamination of Georgia’s waterways will not be tolerated, stated CRK officials in a press release. The riverkeeper’s efforts are now focused on stopping the alleged continued flow of pollutants and getting a supposed toxic dump site cleaned up in its related litigation against the site’s property owner, M&K Warehouses.

“Chattahoochee Riverkeeper is pleased that the federal court has recognized the severity of these violations,” said Jason Ulseth of CRK. “This ruling sends a powerful message to the industrial community and sets a strong precedent as we continue to pursue site property owner M&K Warehouses, which is equally responsible for this degradation of the Chattahoochee River.”

The Clean Water Act, passed in the 1970s, remains a vital tool enabling environmental to fulfill their missions of protecting the nation’s streams and waters, according to a statement from CRK.

“Judge Evans’ action in this enforcement will serve as a clear message to other potential violators that pollution will not be tolerated,” according to a written statement from the organization.