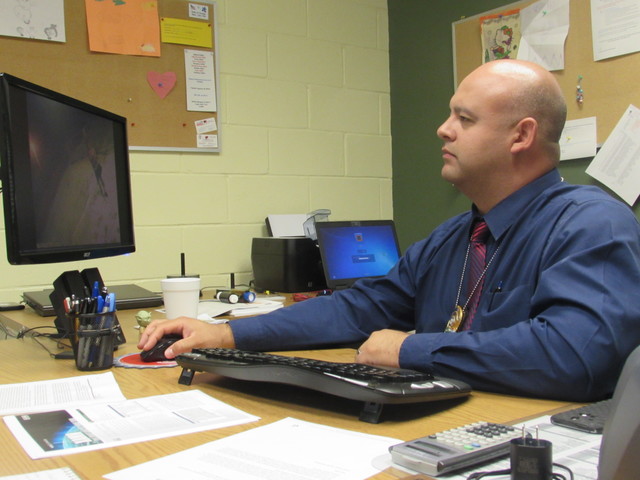 Detective Chris Pritchett is the crime analyst for the LaGrange Police Department and teaches Internet safety courses around the community. He said LPD is a part of the Internet Crimes Against Children, or ICAC, a national organization that helps law enforcement agencies enhance their investigative responses to those who use the Internet, online systems or computer technology to exploit children.

http://lagrangenews.com/wp-content/uploads/sites/37/2015/08/web1_WEB0823Cyber13.jpgDetective Chris Pritchett is the crime analyst for the LaGrange Police Department and teaches Internet safety courses around the community. He said LPD is a part of the Internet Crimes Against Children, or ICAC, a national organization that helps law enforcement agencies enhance their investigative responses to those who use the Internet, online systems or computer technology to exploit children.

LaGRANGE — It is not in a galaxy far, far away, but pulsing through your very home — maybe in every room.

It is quicker than a lightsaber and can potentially do more harm to unsuspecting Internet surfers, especially those who use social media sites. Some of the more popular include Facebook, Kik, Snapchat and Twitter.

“Kik and Snapchat are geared towards the younger generations, and they are loaded with child pornography — both of them,” said LaGrange Police Department Detective Christopher Pritchett.

Pritchett is the crime analyst for LPD and also teaches Internet safety classes at schools, churches and organizations throughout the community. The detective and other LPD officers also actively participate in training courses through the national group Internet Crimes Against Children, or ICAC.

“Internet crimes are hard to investigate,” Pritchett explained. “You’re looking for someone who may or may not exist. It’s a process of tracing electronic fingerprints to catch the bad guy. That person is a lot tougher to catch than a regular bad guy.

“Zero skill is involved,” he added. “You can be whomever you want to be on the Internet. The greatest thing is its anonymity.”

It is now up to investigators all over the world, including LaGrange Police detectives, to battle these cyber criminals and protect folks from being taking advantage of — or worse.

On Aug. 13, LPD announced the arrest of Justin Marglin, 20, on charges of child molestation, sodomy, computer/electronic pornography and child exploitation. Lt. Dale Strickland said Marglin was accused of having a sexual relationship with a 12-year-old girl he allegedly met on a social media site.

According to Cavendar, the three adult females helped the girl set up the web account that included nearly nude pictures and posted the ad to the website.

Pritchett said children, teens and young adults unfortunately tend to forget that once something is sent through cyber space it is rarely given back or deleted.

“They’re completely oblivious to what they’re doing,” he said. “They’re sharing nude videos of each other. They don’t understand that just because it’s going from one phone to one phone, it’s actually going through many different servers … and they don’t understand that their boyfriend or girlfriend will probably share those images with other people. They think that image was intended to go to a certain party, but now someone else has it and he’s going to keep it because he likes it.”

Pritchett said nude images never leave the Internet, and there are plenty of people eager to download vulgar pictures of children, teens and adults — and cross over into the “dark side” of the web.

According to the Georgia Bureau of Investigation’s Sex Offender Registry data, there were 20,214 convicted sex offenders in the peach state in 2015. The registry said 280 of those offenders reside in Troup County, which accounts for just 1 percent of the state population.

Pritchett said parents should stay vigilant and know what sites their children are surfing when using electronic devices and what messages they are sending to their friends.

“There is nothing secret. Don’t be afraid to look in a child’s phone or tablet,” he advised. “If you see that they like to take it to bed with them, ask them about it. If they’re on Facebook, say, ‘That’s okay, but you have to be my friend on Facebook too,’ and follow them. Be their ‘stalker’ … I think parents have this stigma that it might invade their children’s privacy. They are children. They don’t have any privacy.”

That leaves the powerful force of the Internet in the hands of those who are hopefully responsible enough to use it.

Anyone interested in participating in or holding an Internet safety class can contact Detective Chris Pritchett at the LaGrange Police Department, 706-883-2603. 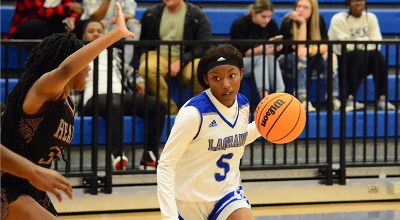