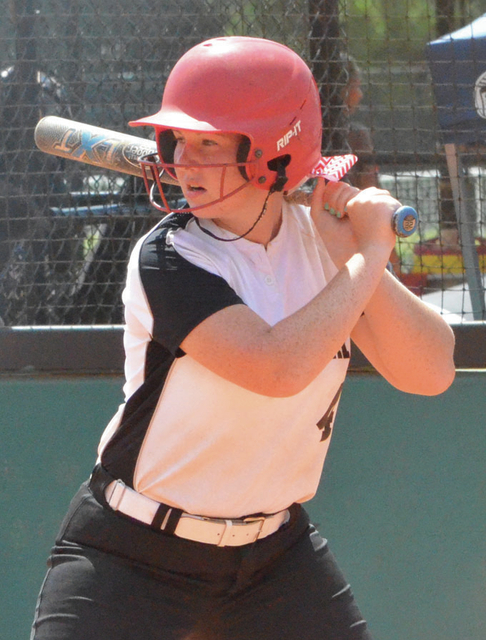 HOGANSVILLE – It was an inspired comeback by the Callaway softball team, which fought back from a six-run deficit to take the lead against Cedartown in Thursday’s Region 5-AAA game.

Unfortunately for the Lady Cavaliers, they were unable to finish things off, with Cedartown rallying to tie it in the seventh inning before winning it an inning later.

The Lady Cavaliers fell to 0-2 in region play after the 9-8 loss, but for the second straight game they showed plenty of fight.

Against Pepperell earlier in the week, Callaway trailed 5-2 before pulling even in the sixth inning, but they ended up losing 7-6.

“There’s no quit,” Callaway coach Ashley Summerlin said. “They are doing a good job of competing no matter what the score is. They’re competing until the last out. When you play like that, good things are going to happen. I’m very proud of the girls, I’m proud of the way they competed, the way they kept fighting.”

Cedartown is ranked in the top five in Class AAA, largely because of the presence of pitcher Ava Tillman, one of the state’s best pitchers.

Despite the obstacles they faced, the Lady Cavaliers fought back and ended up taking the lead into the seventh inning.

“We just started pecking away, and finding a way, and we were winning in the last inning,” Summerlin said. “We just didn’t finish.”

Pepperell scored a run with two outs in the top of the seventh to tie it, and Callaway was unable to score in the bottom of the inning despite loading the bases.

Pepperell took the lead in the top of the eighth inning, and Callaway couldn’t answer.

“We had 11 hits against one of the best pitchers in the state. It was a good game,” Summerlin said. “It was a fun game to be a part of. I wish we had been on the other side of it.”

Skylar Rice had four of Callaway’s 11 hits, and she also had two RBIs.

Molly Hubbard added three hits and she scored two runs, and Brittany Mitchell had three hits, including a pair of doubles, with three runs scored.

Keshonna Terrell had a hit and two walks, and Kelly Carlisle had two walks.

“That’s a really good team,” Summerlin said. “They’re top five in the state. For us to do what we did shows we’re moving in the right direction and doing things right.”