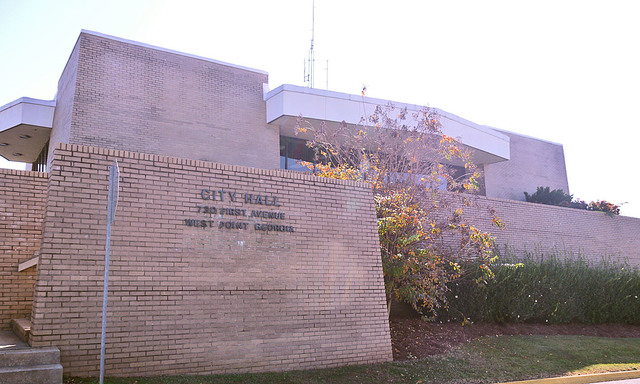 Distributed generation concerns residents who choose to use energy resources such as solar panels and wind power that are connected to the city’s grid.

“If (residents) wanted to connect that generation resource to our system, to the grid, what we’re doing is working to create a rate that would allow them do that, but would cover the costs of the grid or the fixed costs that all customers have to pay,” said City Manager Ed Mood. “ … When the sun’s not shining and the wind’s not blowing they still need to be connected to the grid, which all customers have to pay for, and the rate is simply to cover that fixed cost the every customer has to pay for.”

Currently the city of West Point does not have any residents who use distributed generation as a means of energy.

City Council also discussed lowering the millage rate due to a revenue assessment revealed an increase of $40,000.

The current millage rate is 9.525; council discussed lowering the rate to 9.348.