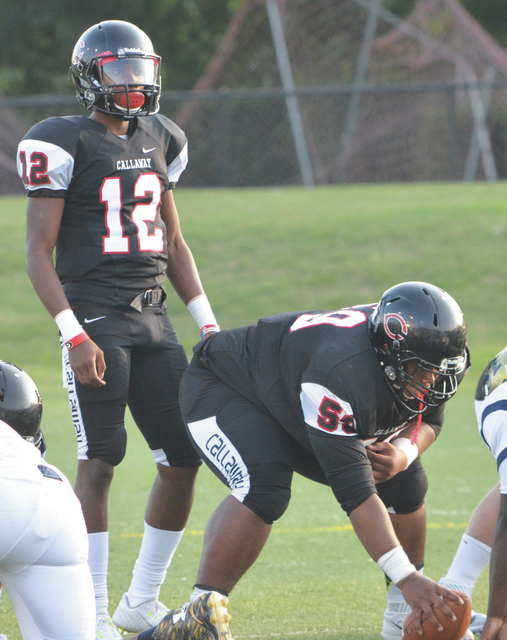 The Callaway Cavaliers are going for the three-peat.

Callaway has beaten Heard County two straight times in the Pulpwood Classic, and it will look to make it three in a row on Friday night in Franklin.

In 2012, Callaway and Heard County played in the inaugural Pulpwood Classic.

Callaway and Heard County playing was nothing new, but that was the first year there was a name for the game, as well as a trophy that would be awarded to the winner.

In a thrilling game, Heard County ended up winning the Pulpwood Classic 43-37 on the way to an 11-2 season.

Callaway went 10-2 in 2012, and it lost to Washington County in the second round of the playoffs.

The past two seasons, the Pulpwood Classic trophy has gone to Callaway.

In 2013 in Franklin, Callaway kicked off what would be a historic season by blanking Heard County 34-0.

It what turned out to be the finest season in school history, Callaway went 12-2 and reached the state semifinals where it lost to Buford 24-14.

Heard County recovered from that loss to win 10 in a row before losing to Jefferson 61-57 in a remarkable second-round playoff game.

A year ago, the setting for the Pulpwood Classic was Callaway Stadium, and Callaway dominated again, cruising to a 49-20 win.

Callaway went on to finish 7-5, and it lost to Washington County in the second round of the state playoffs.

Heard County, once again shrugging off the loss to Callaway, ended up reaching the third round of the state playoffs where it lost to Brooks County in a heart-breaker, 35-34.

Callaway (1-1) is coming off a 30-14 victory over B.E.S.T. Academy that evened its record following a season-opening loss to LaGrange.

Also this week, LaGrange will play a third consecutive game at Callaway Stadium.

After beating Callaway and Troup to open the season, LaGrange will be at home on Thursday to face Spalding County.

Spalding County began its season with a 45-7 win over Forest Park last week.

A year ago, LaGrange edged Spalding County 14-8 for its first win of the season.

It was also the first victory for Dialleo Burks as LaGrange’s head coach.

Troup, which is looking to bounce back from its season-opening loss to LaGrange, will face a difficult challenge on Friday when it hosts Northgate.

Northgate opened its season with an impressive 45-0 win over Shaw.

In private-school football this week, Lafayette Christian School will look to move to 3-0 when it hosts Covenant Christian.