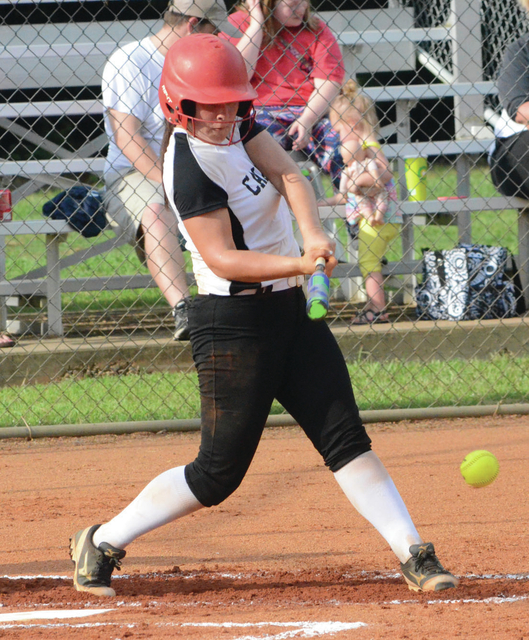 LAGRANGE – After Tuesday’s 6-0 road loss to Carrollton, the Troup Lady Tigers returned home on Thursday to face another one of Region 5-AAAA’s elite teams.

Unfortunately for the Lady Tigers, it was another tough day, with Whitewater rolling to a 9-1 victory.

Troup (5-5 overall), after winning its first two region games, is now 2-2 in the region following the losses to Carrollton and Whitewater.

After base hits by Hanna Lane and Weathers, Kayla Lane reached on a bunt single to load the bases.

Hanna Lane came into score on a wild pitch, cutting Whitewater’s lead to 6-1.

After back-to-back strikeouts, Kinley Stanford was hit by a pitch to load the bases again, but another strikeout ended the threat, and the inning.

Troup is off until Thursday when it hosts Fayette County in another region game.

CALLAWAY: The Lady Cavaliers are still looking for their first region win.

After Wednesday’s 9-1 road loss to Haralson County, Callaway (6-7 overall) found itself with an 0-3 record against Region 5-AAA opponents.

On Thursday, Callaway was at home against Rockmart looking to break through for a region win.

Rockmart proved to be the better team, though, as it claimed a 6-1 victory to even its region record at 2-2.

In the Haralson County game, Callaway was trailing 9-0 when it scored its only run in the top of the fifth inning.

Oeisha Jenkins and Jessica Perkins both had two hits for Callaway, and Keshonna Terrell had the lone RBI.

Callaway’s next region assignment won’t be any easier.

Powerhouse Central-Carroll, which is unbeaten in region play, will visit Callaway on Thursday.

LAGRANGE: The Lady Grangers stepped out of region play on Wednesday for a road game against Carrollton.

LaGrange is off until Wednesday when it visits Region 1-AAAAA foe Harris County.