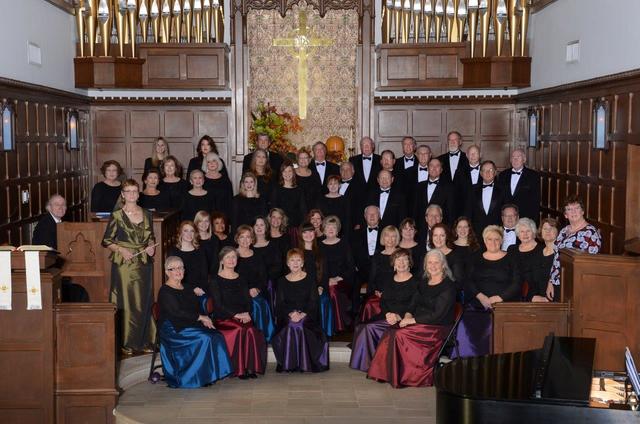 The Choral Society of West Georgia, shown in this undated file photo, will celebrate its 10th anniversary for the upcoming 2015-2016 performance season. The group has some changes on the way, including the addition of the ‘West Georgia Choral Arts Festival’ in February.

http://lagrangenews.com/wp-content/uploads/sites/37/2015/09/web1_WEB0908Chorale.jpgThe Choral Society of West Georgia, shown in this undated file photo, will celebrate its 10th anniversary for the upcoming 2015-2016 performance season. The group has some changes on the way, including the addition of the ‘West Georgia Choral Arts Festival’ in February.

LaGRANGE — They have brought the community a decade of vibrant voices, lush lyrics and soulful songs.

Now the Choral Society of West Georgia will celebrate its 10th anniversary with a season full of changes and special events throughout the 2015-2016 performance year.

According to Bettie Biggs, Choral Society artistic director, one of the biggest additions will be the “West Georgia Choral Arts Festival” Feb. 27 at LaGrange College.

Choirs from all over the community — including churches, colleges and high schools — will perform under one roof for a musical judge.

Biggs said the guest conductor for the event will be Beth Everett, the new choral chair at the college.

Each choir will be able to sing in front of Everett, in turn she will give feedback and any recommendations to the group following their performance.

In the afternoon, all the choirs will rehearse together and hold a collaborative concert, Biggs said. The performance will be free and open to the public.

“It’s a very exciting addition to add to our community,” said Biggs. “I think that it is something that can generate another arts offering in our community.”

The all-women choir of the Choral Society, called Bel Canto, will hold its annual concert with a new theme this year titled “It’s Our Party.” Biggs said the performance is May 7 and will celebrate girl singing groups of the 1960s.

One of the most exciting events for some members of the Choral Society will not take place in LaGrange — instead they will be heading overseas to Ireland. The group is invited to sing in Dublin and Belfast next July under world-class choral conductor Janet Galvan.

But Biggs said some things during the choir’s 10th anniversary season will remain the same.

Starting in November, the Choral Society of West Georgia will host its annual — and always popular, Biggs noted — Thanksgiving concert, “We Gather Together: A Concert of Praise, Thanksgiving and Remembrance.” The guest narrator for the performance is retired Troup County Superior Court Judge Allen Keeble.

Biggs said for Palm Sunday, March 20, the choir will perform “The Faure Requiem” and “Cantique de Jean Racine” as a musical tribute leading into Holy week and the Easter season.

This season will highlight more of the community’s musical talent, Biggs said.

“It’s rewarding to work with top-class musicians in our area,” she explained. “It’s very hard not to incorporate the community … we’re so fortunate to have such good musicians here. Marcia Hunt, Sam Lee, Rusty Tate … they bring so many elements to the table.

“They’re also doctors, lawyers, students, retirees … the Choral Society is a good representation of this community and how unique it is, and how many arts offerings we have. We have a symphony, we have choirs and we can’t do it without the support of the community.”

Performance practices have already started for the Choral Society of West Georgia, but Biggs said they are still looking for new singers. The group rehearses every Thursday night at 6:30 inside the parish hall at St. Mark’s Episcopal Church at 207 N. Greenwood St.

Man called a hero after helping bystanders during robbery…