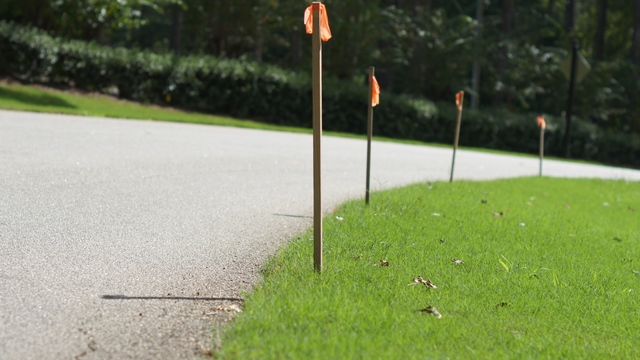 A portion of Ashling Drive is shown Tuesday. Part of the road’s ditch system will be replaced with curbing using the city of LaGrange’s special-purpose, local-option sales tax, or SPLOST, funds for road improvements after a request by area residents.

http://lagrangenews.com/wp-content/uploads/sites/37/2015/09/web1_WEB090915Lagrangecitycouncil1.jpgA portion of Ashling Drive is shown Tuesday. Part of the road’s ditch system will be replaced with curbing using the city of LaGrange’s special-purpose, local-option sales tax, or SPLOST, funds for road improvements after a request by area residents.

According to Mayor Jim Thornton, the ordinance comes as a response to citizens concerned about the issue.

“Lots of other cities have, over the past couple of years, passed bans on tethering, or they have passed restrictions on tethering. So, we asked the staff and the police department to review the options that were available to us, and they came back with the recommendation that we not prohibit tethering, but rather that we restrict it.”

Thornton added the rationale for proposing the ordinance is that it is cruel for dogs to be chained up with limited access to water, food and shelter.

The proposed ordinance will still allow for owners to use a running cable line or a trolley system with some restriction.

In order to use either of those systems:

• Only one dog may be attached to it at a time.

• The line or cable cannot be chewed through by the dog.

• The line or cable must not be more than 25 percent of the dog’s weight.

• The running cable must have a swivel installed at each end.

• The running cable must be at least 10 feet in length.

• The trolley system must allow for maximum available exercise for the dog.

• The dog must be able to access food, water and shelter.

• The lead line must be attach to a collar not being used to display current rabies tags or identification tags; there must also be enough room for two fingers to be placed between the collar and the dog’s throat.

The proposal also would amend the existing city ordinance about animal cruelty to make it unlawful for a dog to not be given shelter in “extreme natural elements of hot, cold and wet weather conditions.”

Council held a first reading of the proposed ordinance at its Tuesday meeting and could vote on the ordinance at its next regular meeting, currently set for Sept. 22. LaGrange City Council meets 5:30 p.m. on the second and fourth Tuesdays of each month in the Council Chambers/Municipal Court at 208 Ridley Ave.

Also Tuesday, council approved to add curbing to a portion of Ashling Drive in the Waterford Subdivision. The project is estimated to cost $17,000. It will be paid for with special-purpose, local-option sales tax, or SPLOST, funds earmarked for road improvements.

Meg Kelsey, deputy city manager over finance and administration, said the city already was set to resurface the road using SPLOST funds, so it can add the curbing around the same time.

In other business, council also held a first reading for a proposed ordinance to prohibit parking on West Haralson Street beginning at its intersection with North Lewis Street and running east for 79 feet. Council also may vote on the proposal at its next regular meeting.